The iPad mini is a hot seller as recently online shipping times were delayed to one week. The newer, smaller iPad helped Apple sell a record 22.9 million iPad in their blockbuster Q1 2013.

Now, it appears shipping times have slightly improved to 3 to 5 business days for both the Canadian and American online Apple stores. 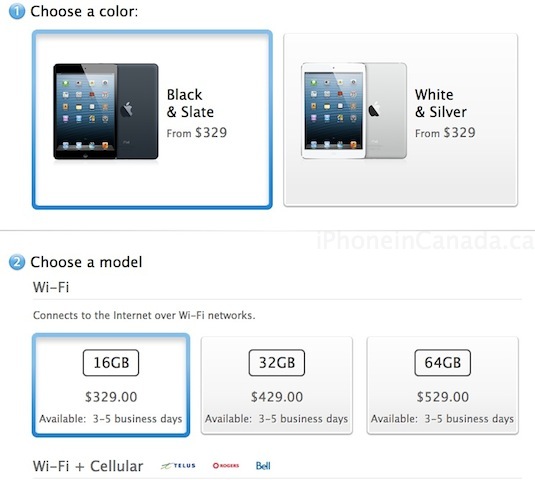 With Valentine’s Day around the corner, Apple has also started to promote the iPad as the gift of choice for your loved one, highlighting their complimentary engraving service with all online purchases. 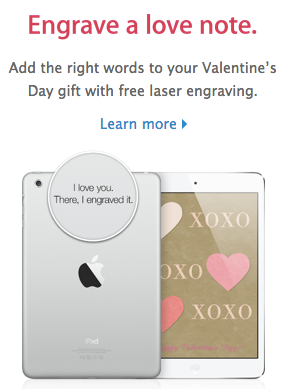 Earlier today, it was rumoured the second generation iPad mini could debut with a Retina display in October.