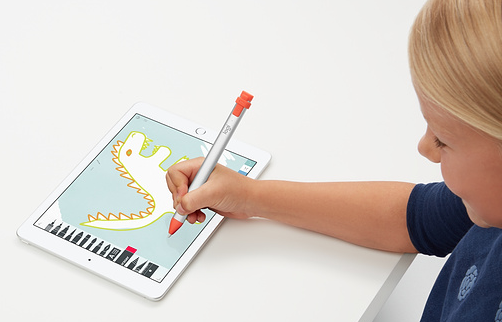 Logitech announced a cheaper stylus last year for the 9.7-inch iPad, known as the Crayon at $89.95 CAD, targeting the education market.

The Crayon did not support 2018 iPad Pro models, which meant users could only buy Apple’s second-generation Apple Pencil at $169 CAD (with its more elegant wireless charging method).

But now this is going to change in iOS 12.2, according to Jason Snell from Six Colours:

Logitech’s $70 Crayon, an interesting stylus that originally was available for education only and worked only with the sixth-generation iPad, will now be supported by all of Apple’s current iPad models. So not only do the new iPad Air and iPad mini work with the Crayon, but so does my 2018 12.9-inch iPad Pro running a beta version of iOS 12.2, which should be released next week.

The Logitech Crayon will now work on all of Apple’s current line up, including the newly released 10.5-inch iPad Air and iPad mini 5.

Snell also confirmed the Crayon does not work on his older 10.5-inch iPad Pro on iOS 12.2 beta.

For 2018 iPad Pro users on a ‘budget’ who aren’t interested in the second-generation Apple Pencil, new support for the Logitech Crayon means $80 in savings for your wallet and offers a wider grip, and is charged via its Lightning port.