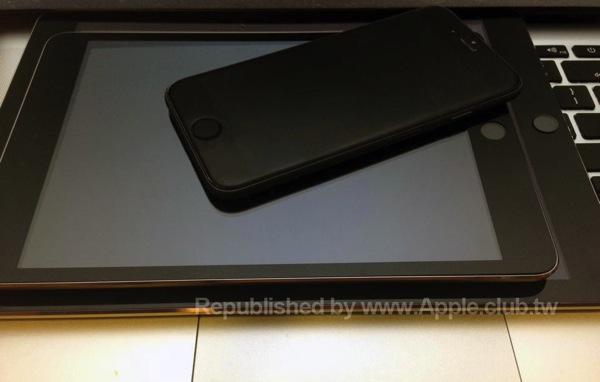 Apple suppliers have started manufacturing new iPads, according to sources speaking to Bloomberg. Production of 9.7-inch and 7.9-inch models are now underway:

Mass production of a full-sized iPad with a 9.7-inch screen is already under way, with an unveiling projected for the end of this quarter or early next, said two of the people, who asked not to be identified because the details aren’t public. A new version of the 7.9-inch iPad mini is also entering production and will probably be available by the end of the year, they said.

We can assume the 9.7-inch model is the next iPad Air refresh, set to launch sometime this fall, while a new 7.9-inch model, presumably the third-generation Retina iPad mini, is set to debut by the end of this year.

Sources also tell Bloomberg the new fall lineup will include 4.7-inch and 5.5-inch iPhones with larger screens and a “health-oriented watch-like device”.

The news report also notes the 9.7-inch iPad may face production issues related to the debut of a new anti-reflection coating, which sources say would make an iPad easier to read. An anti-reflective coating would benefit users who use iPads while outdoors in sunlight.

Nothing really new here, as many expect Apple to refresh its existing iPad lineup this fall (Touch ID anyone?), similar to last year. With new larger iPhones and the so-called iWatch set to debut, it’s going to be a jam-packed fall for Apple.