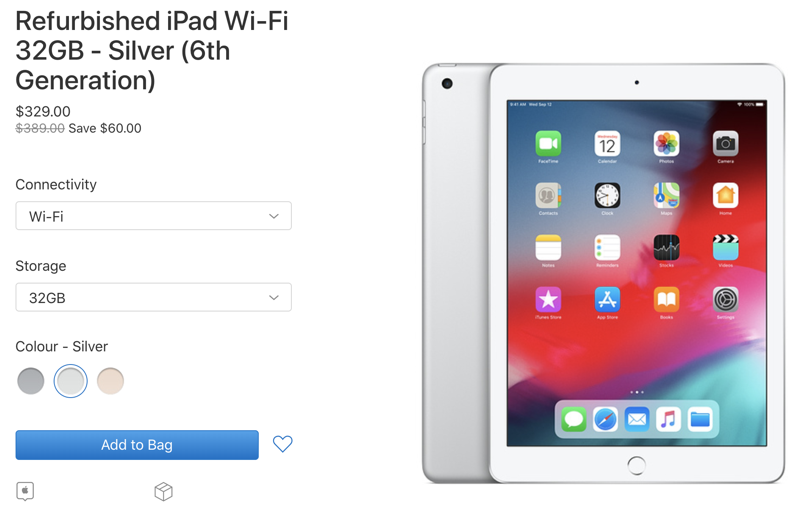 Differences between the iPad 6th-gen and 7th-gen? The latest 7th-gen has a slightly larger 10.2-inch screen (2160×1620 resolution), instead of 9.7-inches, plus has an Apple’s Smart Connector to connect the company’s keyboard case. Aside from those major differences, they are powered by the same A10 Fusion processor.

Refurbished iPads come with a new outer shell and battery, along with Apple’s standard one-year warranty.

Click here to shop for refurbished iPads online from Apple.