RedFlagDeals has provided an advance look at Target Canada’s upcoming Black Friday 3-Day Sale, set to take place November 29 to December 1. There are some amazing Apple deals to check out in particular the 16GB Wi-Fi iPad Air on sale for $499 plus it includes a bonus $100 Target gift card!

Here are the Apple products on sale: 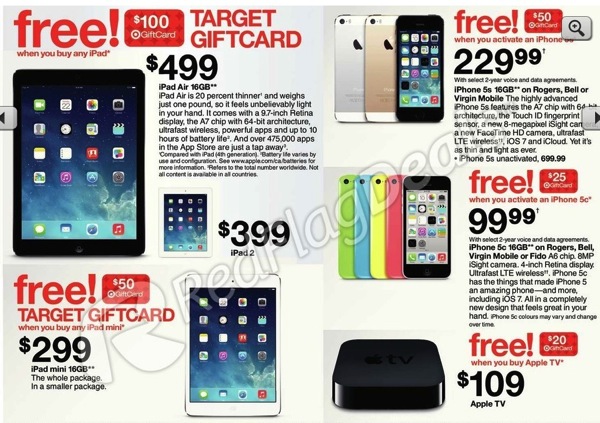 Apple is expected to launch a Black Friday sale this Friday again just like last year, which saw discounts of $41 on a Retina iPad. But this offer on the 16GB Wi-Fi iPad Air is a pretty hot deal. Let us know what you’re going to jump on!

Update: Clarified the Red Card 5% discount does not apply to Apple products.