Do you recall the award winning “Get a Mac” ad campaign featuring Justin Long as a Mac and humorist John Hodgman as the PC? Well, it looks like Microsoft made a note of it at the time, as it is now paying back the “compliment” in kind via its Windows 8 vs. iPad campaign. This time, though, the main characters are tablets! 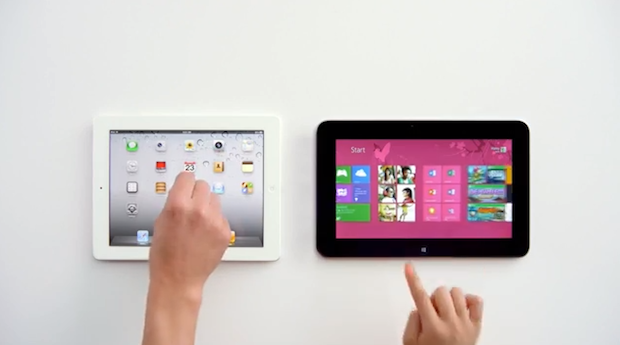 The ad campaign has three videos posted on Microsoft’s Windows Video YouTube channel, with the first two having been published on May 22 and May 23. These videos compare the ASUS VivoTab Smart with the iPad, focusing on what the iPad cannot do, using Siri’s voice.

Microsoft published another television ad today, which compares the Dell XPS 10 running Windows RT with the iPad, focusing once again on what the iPad can’t do: “Sorry, I don’t zoom like that. Ouch. Ouch. You can’t put an SD card there. Or there. Or there. You can do two things at once? That’s cool. Oh. That’s not cool.”


You can watch the Microsoft ads below.

And here is the “Get a Mac” ad campaign for comparison.