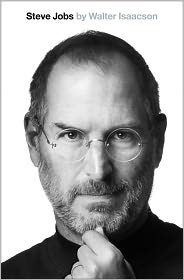 Tomorrow is the big day–will Steve Jobs attend the ‘Let’s Talk iPhone’ event, or will newly-minted CEO Tim Cook go solo to showcase his role? Reuters mentions that Steve might show up:

The Apple co-founder, a pancreatic cancer survivor who stepped down in August after his third medical leave, is expected to make an appearance, though a no-show by the Apple co-founder will not be a major disappointment.

Robert Scoble mentions on his Google+ that Steve won’t be attending:

I’m hearing that Steve Jobs won’t be at tomorrow’s press event. He’s just not feeling well enough to come out in public, I hear (and yes, that makes me sad, the industry will really miss him and they will see again tomorrow why). I keep wishing that these continued rumors are wrong, but know in my head that they probably are right.

Either way, I think a brief appearance by Steve Jobs would set the crowd and the world off, to show he is still actively involved. What do you think? Will Steve show up tomorrow?