Users of jailbroken iOS devices would have noticed this week that Cydia, the App Store equivalent for jailbroken apps, has been updated with a new Manage Account feature that allows users to conveniently view purchased packages from the Cydia store. 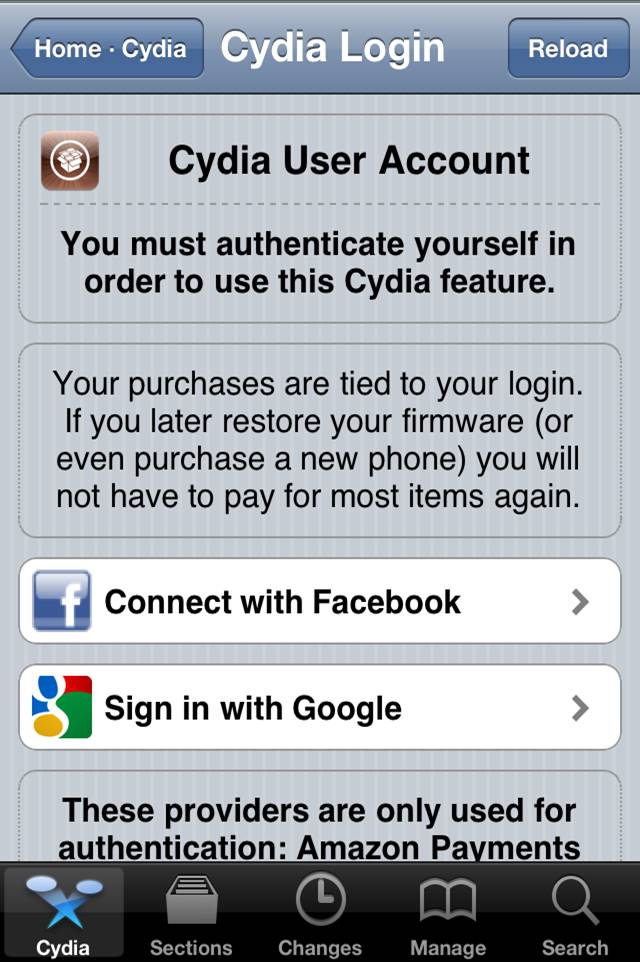 The Manage Account feature can be accessed from Cydiaâ€™s main screen under â€œManage Accountâ€ and then â€œInstallable Purchasesâ€ once you login to the Google or Facebook account that your purchases are associated with. Also, note the following points from Freeman: