Famous iOS developer Ryan Petrich has released an all new jailbreak tweak called Monocle in Cydia store that allows users to enable full-screen mode for all stock iOS applications such as Notes, Maps, Settings etc (via modmyi). Once installed, the tweak allows users to toggle the full-screen mode on demand by invoking an Activator action from within an app. By default, Monocle is invoked by shaking the device while inside of an application. 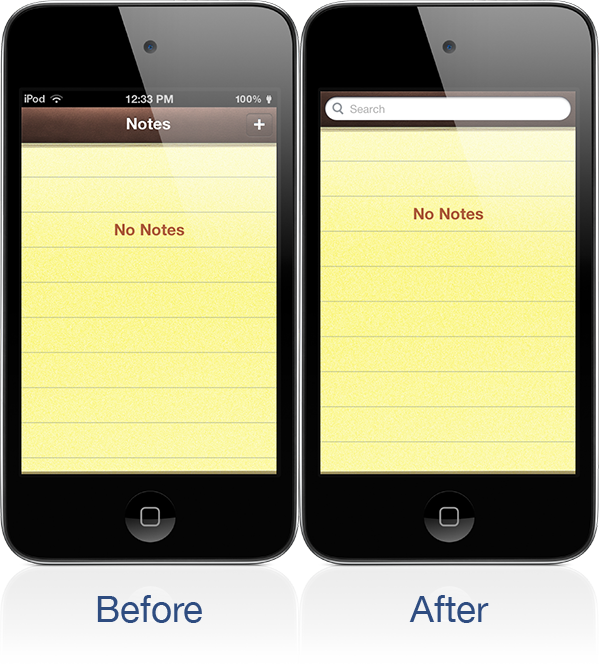 As tested by the source:

Since it is imperative for some applications not to have hidden elements, you can choose which elements are hidden from applications. You can opt to hide or show the status bar, tab bar, toolbar, or navigation bar. By default, all of these are enabled so that everything is hidden. For some applications like Dropbox, you might need to see that tab bar, so you would disable that switch to see it.