It’s not too often that you see Saurik on Twitter, so when he is, you pay attention. Saurik is the creator of Cydia, the widely popular 3rd party installer for iOS. Saurik (Jay Freeman in the real world) has been one of the largest contributors to the jailbreak scene, creating this platform for many other developers to hock their wares.

Today, Saurik posted on Twitter that he has updated Cydia to version 1.1.6. Apparently, there was some left over code in the previous version, from last year’s April Fools joke, when he added a “dickbar”, copying Twitter’s ridiculous idea. 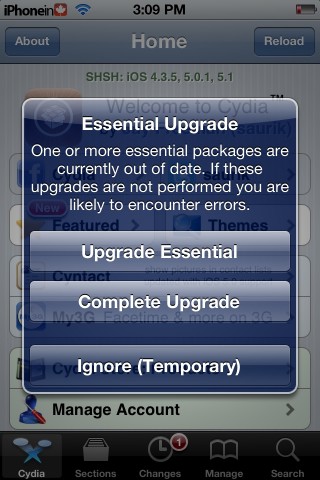 There are no “new” features in this update, but could this be an update to bring a new April Fools joke for 2012? Or possibly a sign that we are getting closer to a new jailbreak? Probably not. 😉