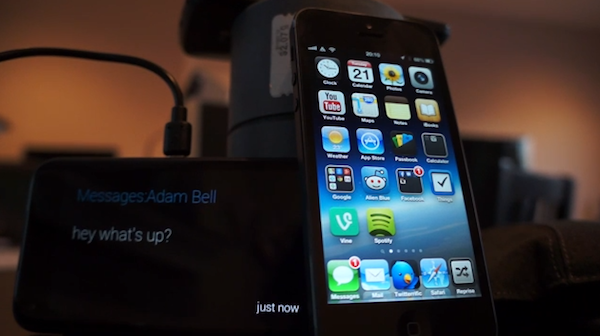 A passionate Canadian indie iOS developer, Adam Bell Adam Bell, has got his hands on Google Glass himself, and by taking advantage of Google’s Glass Mirror API (which is essentially a REST API) and “abusing” the iOS notifications, he managed to forward all iOS notifications from iOS to Glass (via 9to5Mac).

What this means is Google Glass users will get the benefit of receiving the system-wide notification — Facebook, Instagram, iMessage etc. — on their Glass, and take their iPhone out to respond to it.

As you can see from the video below, the tweak is working well, despite being in early stages only. Also, the tweak is currently available for jailbroken devices, due to the limitations of iOS. Bell says he will upload the tweak to GitHub shortly and eventually release a fully developed jailbreak tweak in Cydia.