If you’re an iPhone user that is constantly experiencing battery drainage issues, you sure will enjoy this jailbreak tweak. Hacker @pod2g has pointed to a tweak by @xvolks called BattSaver. It claims to enhance the battery life of your jailbroken iPhone running iOS 5.0 or later.

According to BattSaver’s official website, the tweak will allow for double the current battery life via turning off specific radios within your iPhone. Some listed radios include EDGE, 3G, Wi-Fi, location, push, and Bluetooth. 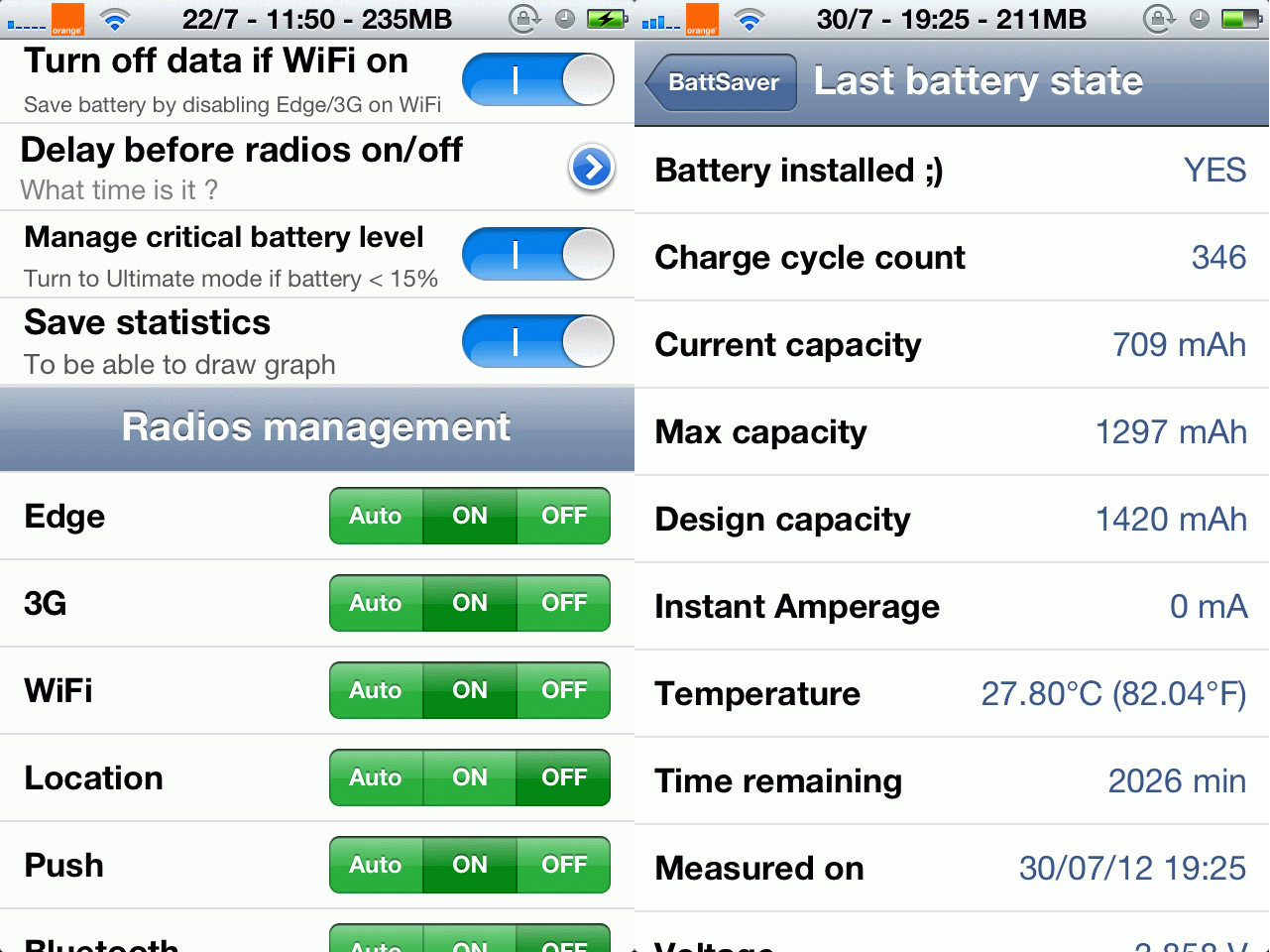 In the BattSaver settings, you have four different modes that you may put your iPhone into. These modes include normal, aggressive, ultimate, and custom. Read on below for specific details on each mode:

If you are interested, you can purchase BattSaver on the BigBoss repository for $2.99 today. This is a very unique tweak, it’s like no other on the market. Compatibility is strictly limited to the iPhone 3GS, 4, and 4s. Let me know in the comments if you will be trying out this tweak.