Fusion: Update Your Status on Multiple Social Networks at Once [Cydia Tweak] 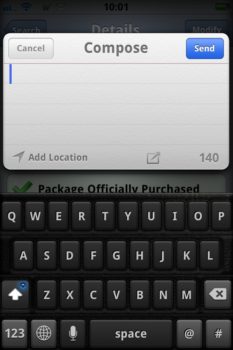 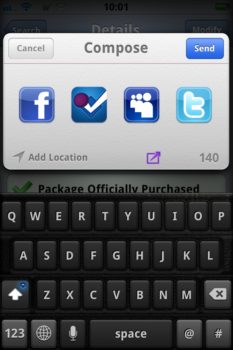 Being able to share to multiple networks at once is something that a lot of internet social savvy folks look for. There are many Twitter clients out there, but there are fewer that will post to other networks, as well.

If you have a jailbroken iDevice, you can now update your status on multiple networks, right from the default Twitter sheet in iOS5 and up, with a new tweak called “Fusion”. In iOS 5, the “Share” button brings up the default Twitter client. You type your status, like you usually would, then you tap the new share icon, which slides in a few more social networks. You just tap all that you want to update and press the send button.

You will need to configure all the networks you use, which is done in the Settings app. Just input your login info for each network to set them up. The tweak is plugin based, which means more networks can easily be added in future updates. Currently, it is ready for Twitter, Facebook, Foursquare, and Myspace. 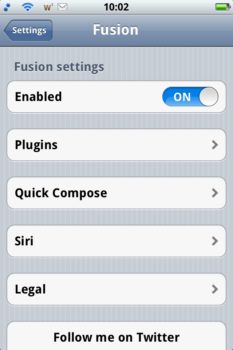 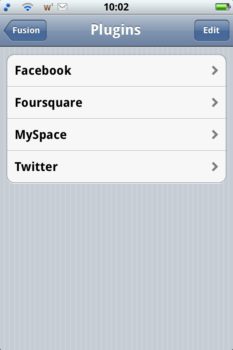 You can also set up “Quick Compose”, which allows you to update your statuses from anywhere in iOS. You need to have Activator installed. You can use any event in Activator you want. I set mine to double tap the status bar; when I do this, the default Twitter sheet pops up. This is similar to how biteSMS uses the volume up button.

Another great feature is the ability to have Siri do the updating for you. You need to install “AssistantExtentions” from Cydia for this to work. You activate Siri, and then just say “post status to <your choice of network> saying <your status>”. Easy!