How to Sync Your iPhone Using Wi-Fi: Wi-Fi Sync via Cydia

App developer Greg Hughes came up with an awesome idea–to sync your iPhone wirelessly using Wi-Fi. This has been a much requested feature by many iPhone enthusiasts but it has never come to fruition from Apple. Greg submitted his app to the App Store but it was denied. He has now released the app on Cydia for $9.99–it works amazingly well.

How to Setup Wi-Fi Sync With Your iPhone (Mac only at the moment; Windows version coming soon, along with iPad too!)

1. Jailbreak your iPhone.
2. Purchase Wi-Fi Sync via Cydia. Just search for it.
3. Download and install the Wi-Fi Sync Mac client.
4. Turn on Wi-Fi on your iPhone–you’ll be asked to pair the iPhone with your Mac. Launch iTunes, sync. DONE!

Okay, so that was the short version. It’s pretty straight forward and right now my iPhone is syncing over Wi-Fi, no cables at all! Of course, Wi-Fi sync will definitely eat up your battery depending on when the last time you synced your iPhone. But for short, quick syncs this is an awesome app that does not require you to plug in cables. 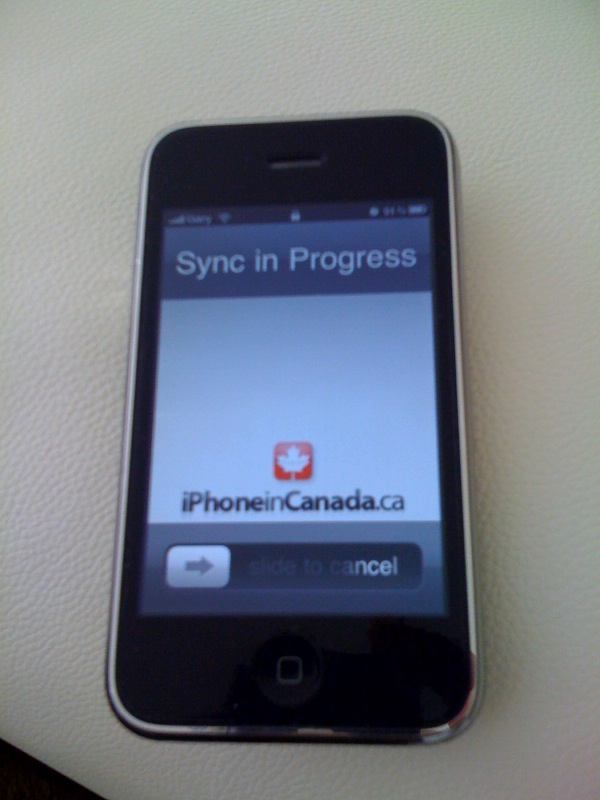 Here’s a video of Wi-Fi Sync in action:

For the $9.99 price, it may seem steep to some. However, it’s a well made app that makes syncing with your iPhone easy to use over Wi-Fi. Definitely worth it. Check out Wi-Fi Sync now!