@i0n1c, aka Stefan Esser previously revealed to the world his untethered iOS 4.3 jailbreak on his iPad. Esser has added an update via his YouTube video that the ETA for releasing his untethered jailbreak would be ‘before next weekend’:

Because so many people are asking for an ETA:

I am pretty sure that the untether will be released before the next weekend. I was using older kernel patches that caused lagging on the jailbroken device. I will change that and then port it to the other devices and release.

This is awesome news! It’s also interesting to note that @comex jailbroke the iPad 2 tonight, and also helped @i0n1c to fix lagging on his iPhone 4 running his current jailbreak.

I am pretty sure the first reaction of the Apple Techs analysing my untether exploit binary will be: WTF!?!

Currently @i0n1c is working on his jailbreak, as he also noted that the installation of Winterboard would caused his iPhone to no longer boot, but SBSettings works perfectly. 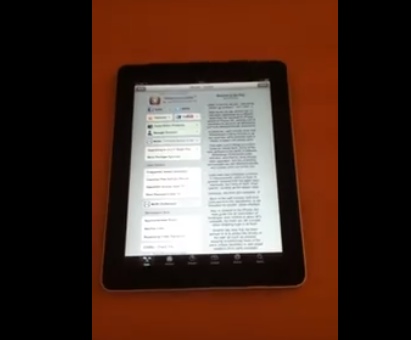 I applaud the hard work of all these guys and their work with the jailbreak game. It’s truly impressive.