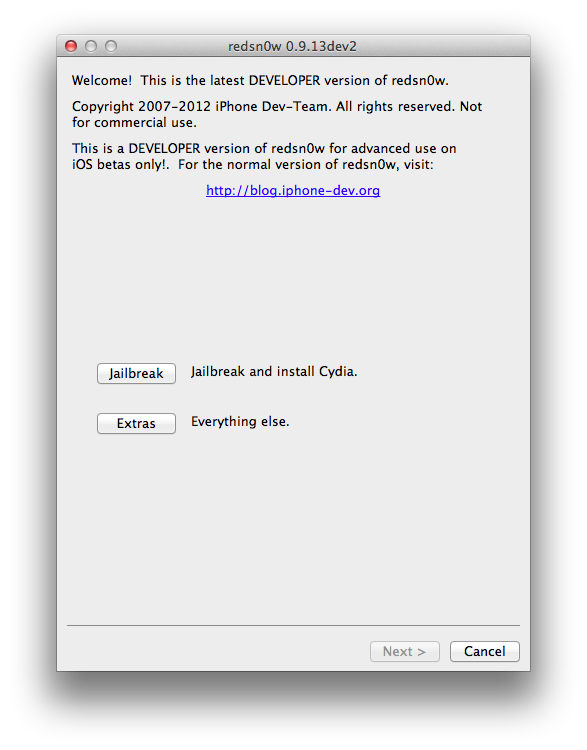 We should stress that this is for developers only. This version of Redsn0w doesn’t even install Cydia, so it is pretty much useless to the average end user. It will install SSH, so if you know what you’re doing, you can install the .deb packages yourself. Also, this is a TETHERED jailbreak. Meaning you cannot turn off your device without being close to your computer, or your device may not be usable.

To use this new version, update your device to iOS 6 beta 2. You can do this over the air, if you are not jailbroken on iOS 6 beta 1. The process to jailbreak iOS 6 beta 2 is exactly the same as jailbreaking beta 1.

Again, this is strictly for developers, so general users shouldn’t bother with this. This version of Redsn0w does not install Cydia, so you’re not going to be able to easily get your favourite jailbreak apps and tweaks.

If you do want to try it out, here are the links to download this version of Redsnow (0.9.13dev2):