Comex has unleashed his latest untethered, over the air jailbreak to the world. The site is getting hammered and there were some initial caching issues, so keep trying and be patient.

It will work for all iOS devices–but you must be on iOS 4.3.3. I suggest syncing your iPhone to backup before proceeding. Once that’s finished, just visit www.jailbreakme.com in Mobile Safari, and follow the instructions.

If you’re not on iOS 4.3.3, you’ll see the following error message that your device is not supported: 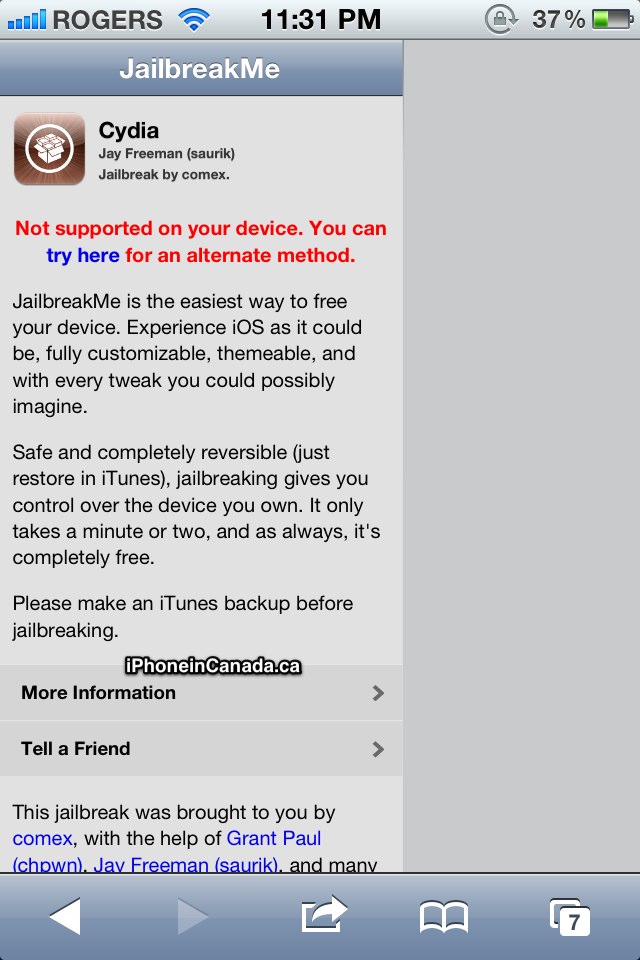 A big thanks to comex and everyone else who contributed to this jailbreak. The world owes them.