A brand new jailbreak tweak from JamieD360 called NCSettings has just hit the Cydia store. The tweak adds some attractive looking settings toggles to the iOS 5 Notification Center. For those who frequently use SBSettings on their jailbroken iOS devices, this is a pretty cool alternative. You get toggles for common settings like Wi-Fi, Bluetooth, Airplane Mode, Respring and more. You can even re-arrange or hide toggles from the settings. 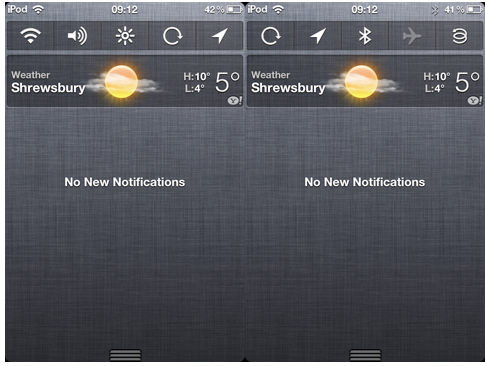 NCSettings is a must-have addition to your Notification Center. It’s a sleek, efficient toggle widget that gives you quick access to those essential settings that you use the most.

Individual toggles can be hidden from settings, and rearranged by holding and dragging via the widget. Best used without other toggle widgets. More toggles likely to come in future updates.

After installing, the widget has to be enabled from Settings > Notifications > NCSettings.

Best of all, the tweak is available as a totally free download in Cydia via Modmyi repo!