SemiTether iOS 5 Jailbreak Gets A Major Update With Better Stability

Last week, a new jailbreak tweak known as SemiTether was released on Cydia by BigBoss which allowed a tethered iOS 5 jailbroken iPhone to be partially used (like making calls or send sms) after an unplanned crash / reboot while on the move or in situations where tethered boot isn’t possible. Being a beta release, SemiTether reportedly had some major stability issues which seem to have now been addressed in recent update i.e SemiTether v 0.9.1. The latest release incorporates the new mobile substrate provided by Jay Freeman aka @Saurik. 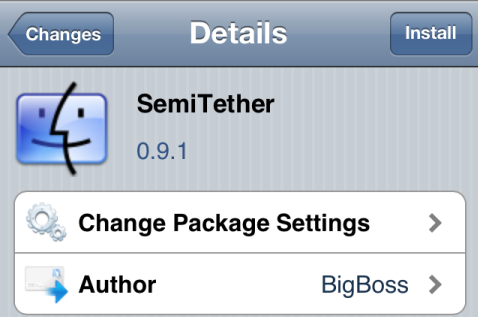 v0.9.1 incorporates Saurik’s new mobile substrate. Thanks to Saurik, we are entirely rid of all the daemon patching – this means there’s no more daemon patching or restarting. Most the semi-tether work is now done by mobile substrate. The semitether package from the repository now protects your iOS 5 notification center plugins and gives you the option to patch mobile safari so that it will work on the non-jailbreak reboot mode. I’m still looking into patching mail, if possible.Below are the list of changes found in the update:

** This version now takes 60-90 seconds after reboot and it will respring again then your device should be usable.

To install, simply add the following repo to Cydia sources and look for SemiTether.