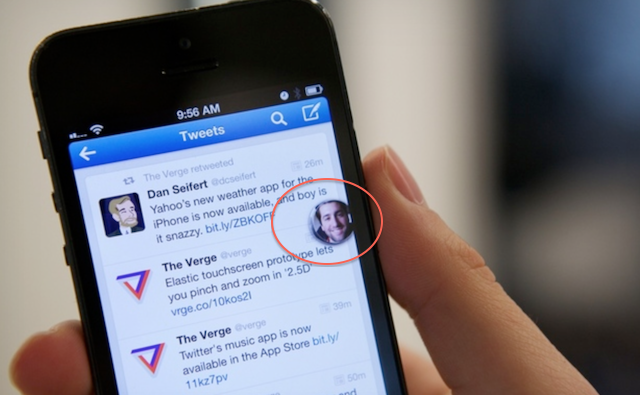 Facebook for iOS has recently been updated to version 6.0 with a bunch of brand new features, including a new way to chat anywhere in the app with ‘Chat Heads’. Unlike Android, where Chat Heads stay on one side of your screen while you browse the web or type an email, Chat Heads for iOS are only limited to the Facebook app itself. Luckily, iOS developer Adam Bell has released a new tweak for jailbroken iPhones that allows Chat Heads to run anywhere in iOS, just like they do on Android.

The Verge has already confirmed the hack’s functionality on a jailbroken iPhone 5.

“I just got jealous,” Bell says. “I wanted them on iOS.” It took the 21-year-old Computer Science major mere hours to create a working version of the hack, which manipulates the way iOS handles different views to keep your friends’ faces always on top.

“The hardest part was getting this all to render on top of everything else,” Bell says, which means Facebook is always running on your phone.

Chat Heads on iPhone work exactly as you’d expect them to. You can tap, drag, and fling them to your heart’s content. And of course, the best part is that no matter where you are in iOS, and no matter what app you’re using, Facebook chats are one tap away.

The tweak will soon go live in the Cydia store as a free download. Meanwhile, take a look at the tweak’s video demo from The Verge: