iPhone 5s owners rejoice as the first Touch ID fingerprint sensor based jailbreak tweak named Virtual Home has just been released in the Cydia store. Once you have the tweak installed on your jailbroken iPhone 5s, a tap on the home button will take you to the homescreen, while a tap and hold action will bring up the iOS 7?s app switcher (via iDownloadBlog). 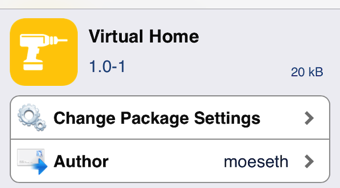 The Virtual Home tweak does not require a Touch ID registered finger. In fact, it works just fine with any finger, and lets you avoid pressing the Home button as frequently as you normally do. The tweak is available as a free download in Cydia via the BigBoss repo.

If you’re looking for a tutorial on how to jailbreak your iPhone 5s and try out Virtual Home, follow this link. Meanwhile, check out the following video demo of Virtual Home jailbreak tweak: