With the release of iPhone firmware 3.1.3, many users jumped the gun and updated causing a loss in both their jailbreak and unlock.

Tools are slowly becoming available to jailbreak the iPhone on firmware 3.1.3 however nothing has developed for an unlock on the current baseband 05.12.01 (becomes current after the 3.1.3 update).

Not being able to unlock the current baseband looks like it’s about to change as user “Sherif Hashim” has discovered an exploit which will allow the unlock of iPhone firmware 3.1.3 on the current 05.12.01 baseband.

MuscleNerd from the iPhone Dev-Team has confirmed that the exploit is legitimate and working, so it is only a matter of time before release. 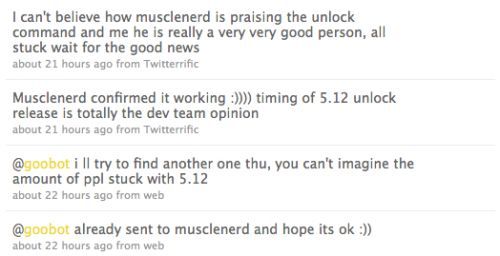