Apple announced a refresh to the existing Apple TV to offer 1080p video and a new revised user interface. Physical differences between this refresh and the old second generation Apple TV are slim to none. The insides of the new Apple TV were revealed to have doubled the ram, 512MB compared to previously 256MB.

Since there aren’t major physical differences, an unboxing of the new Apple TV would be similar to that of the former version. So this time around, we were sent some unboxing pictures of the 3rd gen Apple TV but laid out via an iPhoto Journal, published to the web. The new Apple TV was discounted by $10 in Canada, as it now sells for $109 CDN, instead of $119 CDN last year.

Inside the box we once again see the Apple TV remote, power cable and the unit itself. That’s it. 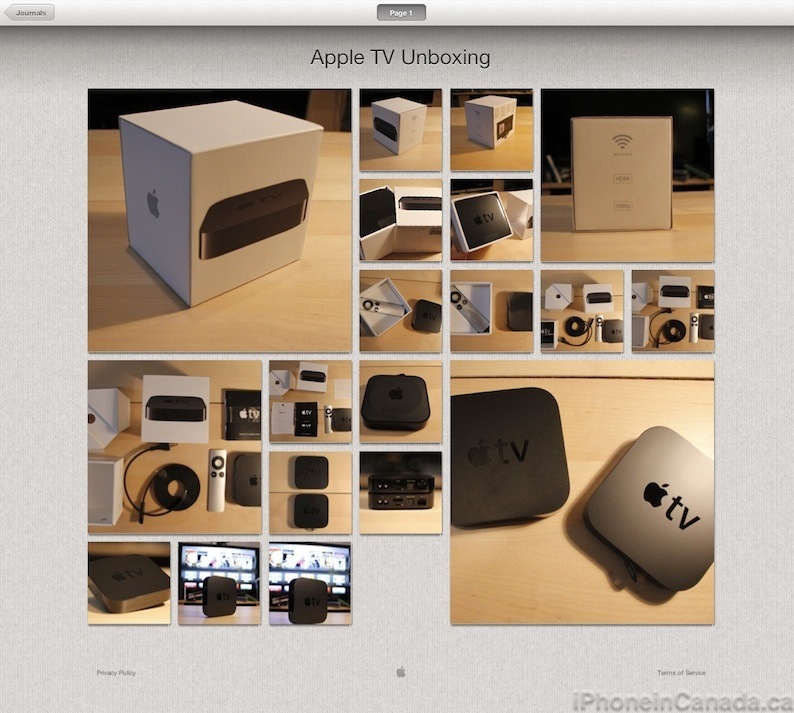 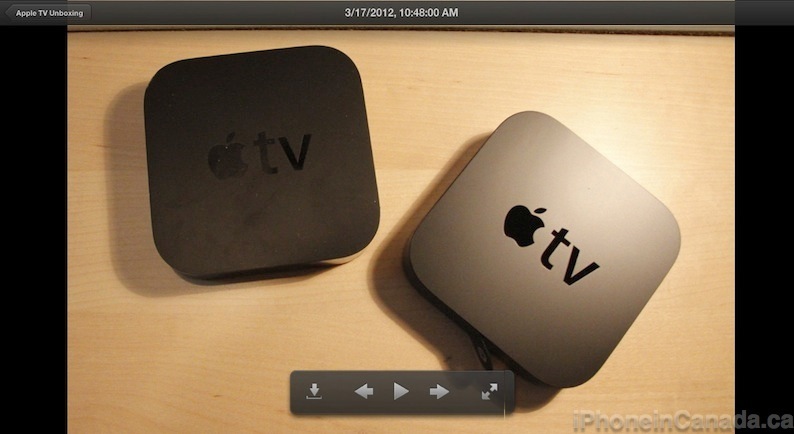 Thanks Sam for the pics!