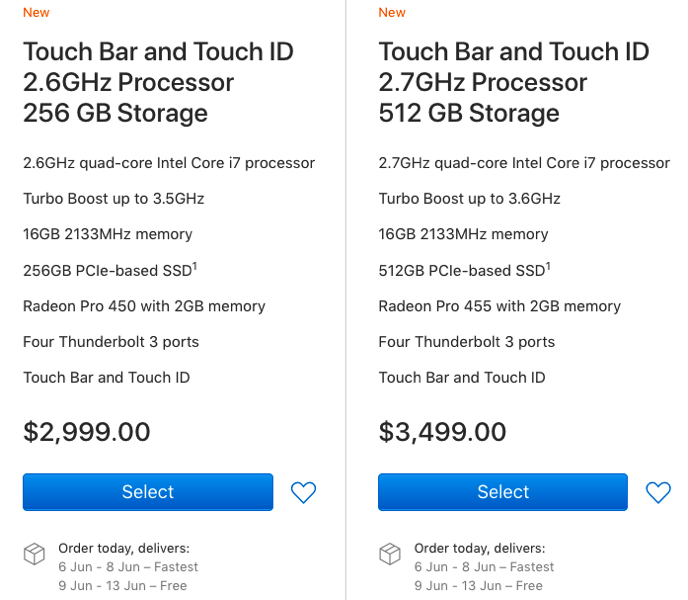 The delay suggests a possible refresh is looming for the 15-inch MacBook Pro, as one MacRumors tipster noticed ‘order today’ dates had slipped to June 5-7 for delivery. Meanwhile, in Canada delivery estimates are slated as June 6-8 for delivery.

Earlier this month, Bloomberg reported Apple would debut three new laptops at WWDC, with MacBook Pro models getting Kaby Lake processors, while the 12-inch MacBook would get a new Intel chip. The report also said the 13-inch MacBook Air could still get a refresh.

WWDC17 kicks off with a live-streamed keynote on Monday, June 5, with sessions going on for the rest of the week for developers.