To celebrate being included as part of Apple’s ‘Best of 2013’ iTunes roundup, our fellow Canucks from AgileBits, makers of 1Password, have slashed the Mac app by 30% off, which brings it down to $34.99 (you save $15).

It’s only Tuesday, but I think it’s safe to say this is already one of our Best Weeks of 2013.

Yesterday we woke up to the wonderful news that Macworld gave us a 2013 Editors’ Choice Award, and this morning Apple says 1Password is one of the Best Apps of 2013!

To celebrate such wonderful presents, we spiked some eggnog, then we spiked our 1Password for Mac price by 30 percent so everyone can enjoy simple, convenient security over the holidays. 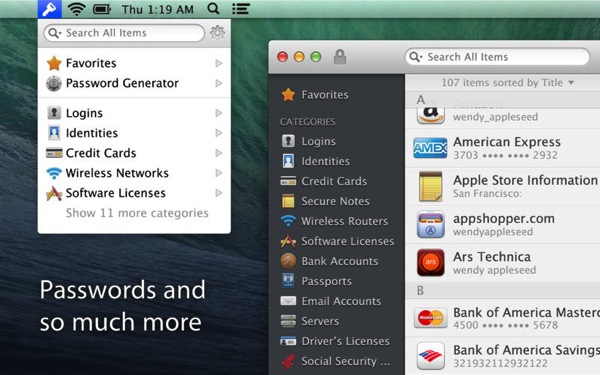 1Password for Mac is a must-have for any new Mac user. If you’ve been waiting to jump on this, this is the time to get it. If your iTunes account is funded by 20% off cards, you’ll be saving even more!