iFixit has gotten their hands on the new 2017 21.5-inch iMac with 4K display, giving it their full teardown treatment. What are some of the big takeaways from this teardown? RAM was discovered to be removable, plus the CPU is modular.

This discovery means there is potential for user replaceable RAM and CPU, but it’s not going to be easy, according to iFixit, because of the location of these parts:

Again, this isn’t the most accessible thing in the world—it’s flipped onto the backside of the logic board, trapped behind a lot of other components, and buried under a glued-down pane of glass—but for the first time in years it’s possible to replace or upgrade the CPU without a reflow station, and that’s a big win. 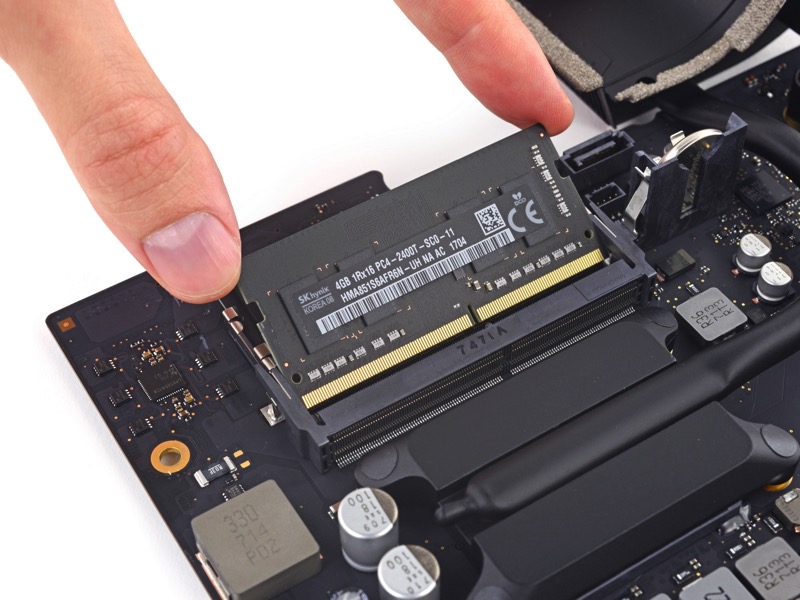 Other changes? This iMac has a single microphone moved to the bottom of the display, behind the glass; previous iMacs had a dual-mic setup, placed behind the front-facing camera. No word on whether this new single mic setup will be an improvement or not.

With the potential for user replaceable RAM and the fact the CPU is modular, expect possible DIY upgrades in the future for this 4K display 21.5-inch iMac, which starts at $1729 CAD.