Today has been a busy day for Apple updates, as earlier we saw iOS 7.1.1 released and a short while ago Apple released 7.7.3 firmware for their 802.11ac AirPort Extreme and AirPort Time Capsule base stations, which fixes a Heartbleed SSL bug, according to a statement provided to Macworld:

The firmware update provides a fix for the recent OpenSSL vulnerability for the latest generation of 802.11ac enabled AirPort Extreme and AirPort Time Capsule base stations (June 2013). This vulnerability only impacts recent Airport devices that have the Back to My Mac feature enabled. Customers with previous generation AirPort Extreme and AirPort Time Capsules do not need to update their base stations.

As stated, it only affects those Airport devices with Back to My Mac enabled.

You can install the update directly from your iOS device via the AirPort Utility app: 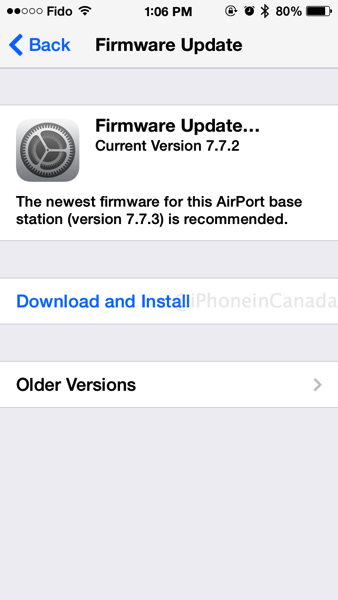 If you have one of these newer AirPort Base Stations, you should install this update.