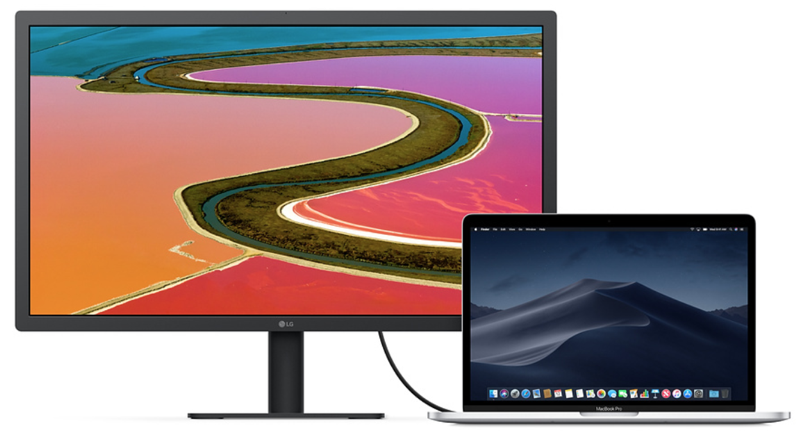 After ending sales of its older LG UltraFine 4K and 5K displays over the past couple months, Apple has now debuted a new 23.7-inch UltraFine 4K model, priced at $879.95 in Canada.

The new display has a 3840×2160 resolution with 8 million pixels and includes a single Thunderbolt 3 cable, offering up to 85W of charging for your MacBook Pro or MacBook Air with Thunderbolt 3 (USB-C) ports.

The monitor has two Thunderbolt 3 (USB-C) ports, with one port capable of supporting another 4K display. There are three other USB-C ports (5 Gbps) to support your accessories and peripherals, to go with stereo speakers.

Apple has detailed what devices can run the UltraFine 4K are various resolutions and refresh rates. Check out the list of system requirements and compatible Mac models below: