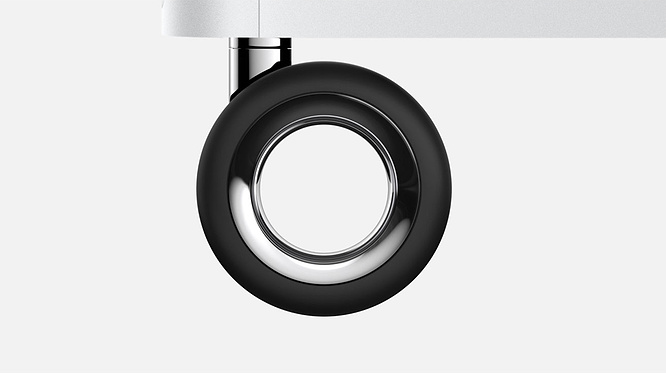 Apple’s latest Mac Pro is not for the average consumer, with its top-heavy price tag which maxes out at nearly $64,000 CAD, geared towards those with fat bank accounts (and professionals of course).

One accessory for the Mac Pro tower are wheels for its stainless steel frame, which cost $480 CAD. These wheels have recently been criticized for not locking in place and sliding away too easily.

Tech reviewer Marques Brownlee recently shared on Twitter a video of just how frictionless the wheels are on the Mac Pro. The short clip just shows the Mac Pro on wheels just rolling away by itself.

“#protip don’t get the wheels if you keep this thing on your desk. There’s no locks,” explains Brownlee, known as MKBHD. That would be one expensive drop.

#protip don't get the wheels if you keep this thing on your desk. There's no locks. pic.twitter.com/NfkqQiNKYC

Here’s how Apple describes the wheels for the Mac Pro:

Apple sells these wheels for $480 CAD, or $120 CAD per wheel. So. Much. Bespoke-ness. As for a door stop for your precious Mac Pro wheels, you’ll probably need to hit up Amazon.