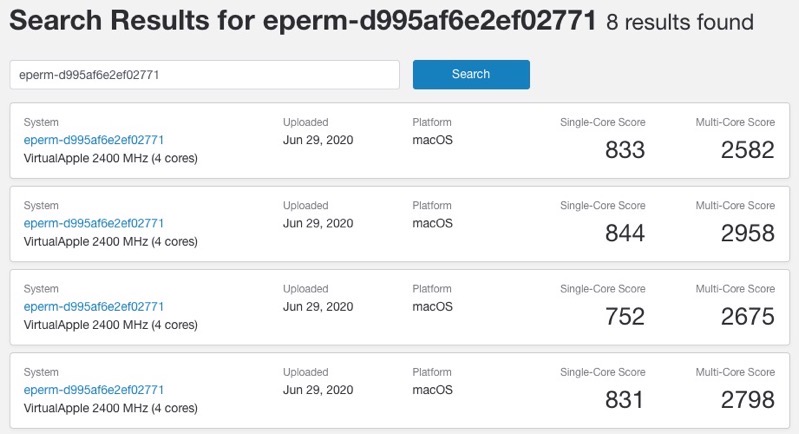 At WWDC Apple announced what it called an “historic day for Mac”, noting the company would be transitioning from Intel chips to its own in-house custom silicon.

To help developers move apps over to Apple Silicon, the company is offering a $669 CAD Developer Transition Kit (DTK) hardware, which is a Mac mini powered by the company’s A12Z chip found in its iPad Pro, to go with 16GB RAM and a 512GB SSD. The kit is meant for developers to help transition and test their apps ahead of the first Apple silicon Macs coming later in 2020.

Developers purchasing the DTK aren’t supposed to benchmark the Mac mini as part of the program, but alas, some that already received the kits have done so anyway (surely Apple expected this to happen).

“Looks like somebody uploaded DTK benchmark results for Geekbench 4, and it completely spanks my iMac even in Rosetta virtualization. We’re finally getting to test the longstanding ‘the chip in this iPad is faster than most Macs’ theory, like for like,” noted Steve Troughton-Smith, noting his 2012 iMac has eight cores at 3.6 GHz, while the ARM-powered Mac mini has four cores at 2.4 GHz, running under Rosetta emulation.

The device identifier is showing as “eperm-d995af6e2ef02771” on Geekbench. Under Apple’s terms and conditions, developers are not supposed to publicly share details about the ARM-based Mac mini.

It’ll be interesting to see how Apple’s first silicon Macs perform once released later this year.