Certified refurbished 14-inch and 16-inch MacBook Pro models with M1 Pro and M1 Max processors under the hood are now available on Apple.ca in Canada. 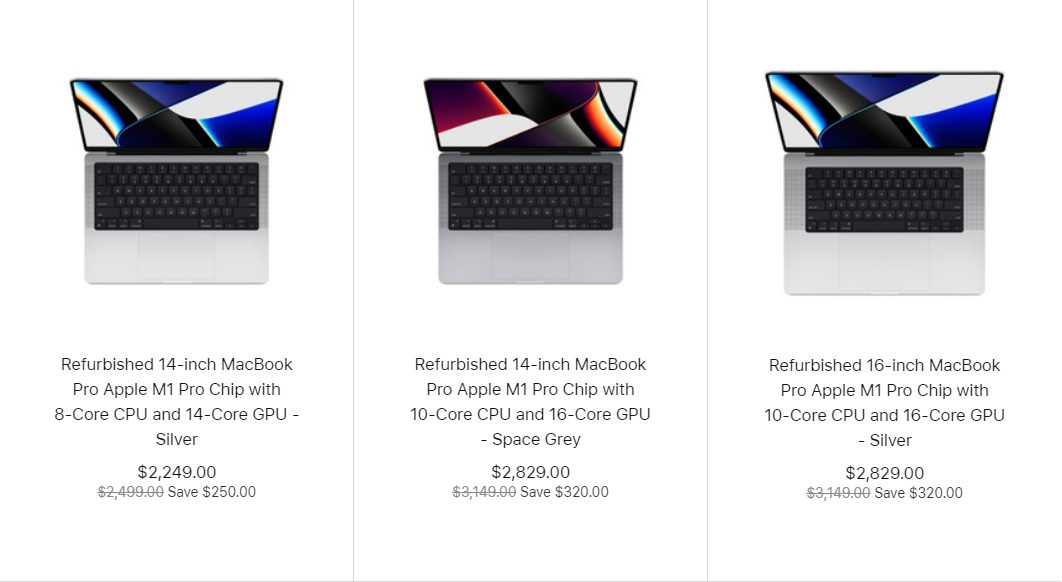 Apple unveiled the 2021 MacBook Pro back in October of last year, going back to its “for professionals” roots by bringing back a whole bunch of I/O ports and equipping it with some hefty processing power.

It’s only been five months since Apple announced the 2021 MacBook Pro models, but it’s good to see machines this performant becoming available at more affordable price points straight from the manufacturer.

The entry-level 13-inch M1 MacBook Pro, which is also available refurbished from Apple.ca, is expected to get a refresh sometime this year with the next-generation M2 chip. However, Apple’s M2 System-on-a-Chip (SoC) will be an update to the base M1 and is not expected to outperform last year’s M1 Pro or M1 Max processors.