Apple.ca now carries refurbished 2017 27-inch iMac with Retina 5K displays for the first time, starting at $2039 as of writing. Right now, we see five models available, which were refreshed back in June of this year at WWDC with Kaby Lake processors. 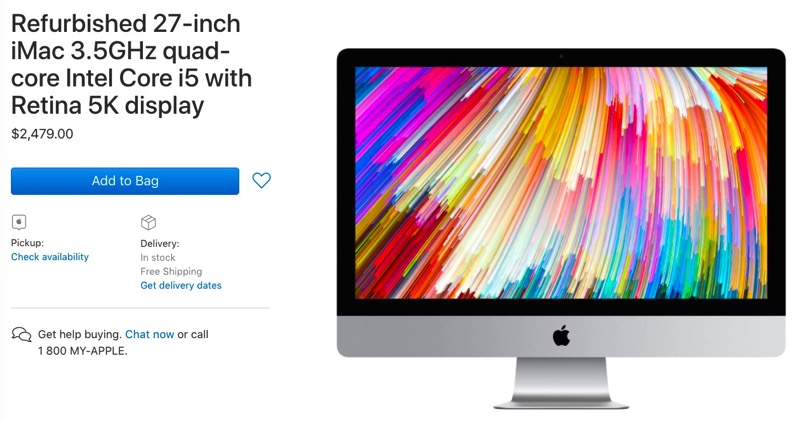