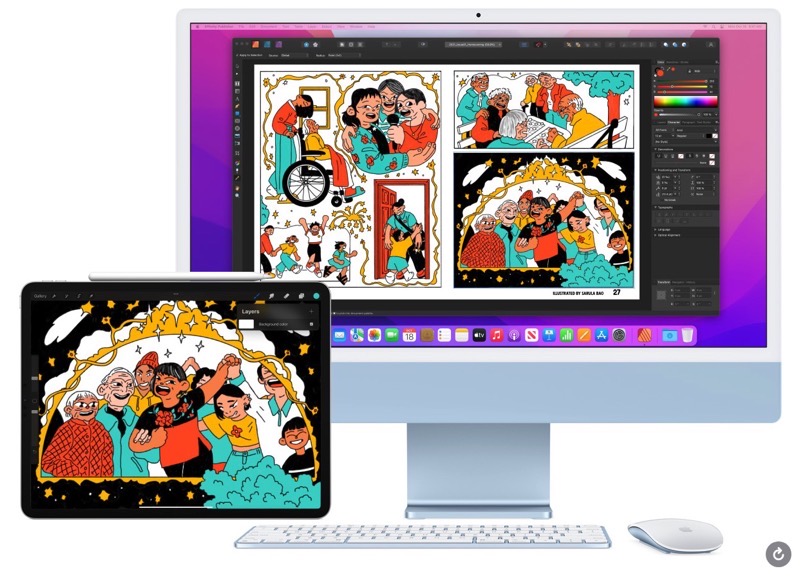 Apple has delayed its Universal Control feature for macOS Monterey, now noting it will debut in spring 2022. The change came after Apple released macOS Monterey 12.1 yesterday for the masses.

The change was spotted by @AppleSWUpdates, with Apple’s macOS Monterey page updated with “available this spring”, as seen below: 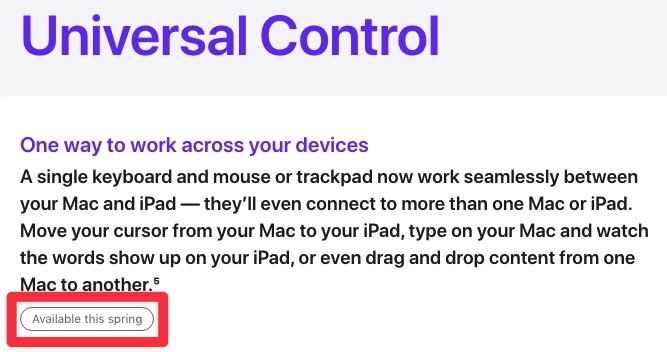 Universal Control is “one way to work across your devices,” explains Apple.

“A single keyboard and mouse or trackpad now work seamlessly between your Mac and iPad — they’ll even connect to more than one Mac or iPad. Move your cursor from your Mac to your iPad, type on your Mac and watch the words show up on your iPad, or even drag and drop content from one Mac to another,” explains Apple’s website.

Apple first unveiled the feature at WWDC this summer. Universal Control was set to debut “later this fall,” but that never happened. Check out the slick demo below by Apple VP Craig Federighi at the time:

The requirements for Universal Control as are follows: