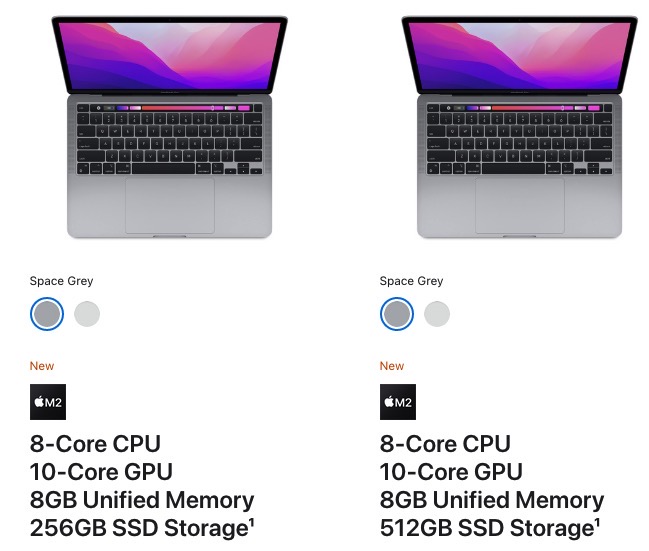 After unveiling its second-generation Apple Silicon chip, known as M2, Apple announced the first Mac to support its latest chip design would be the all-new MacBook Air.

Right afterwards, the company announced M2 would also be available for the 13-inch MacBook Pro, offering up to 24GB of RAM and 2TB of SSD memory.

Canadian pricing for the M2 MacBook Pro is now available on Apple.ca. Check out the starting prices for the base configurations before customizations, below:

For those wanting to jump on the new M2 MacBook Pro or M2 MacBook Air, you might be better off waiting for Apple’s annual back-to-school promo that takes place in the summer, to get some bonus freebies.