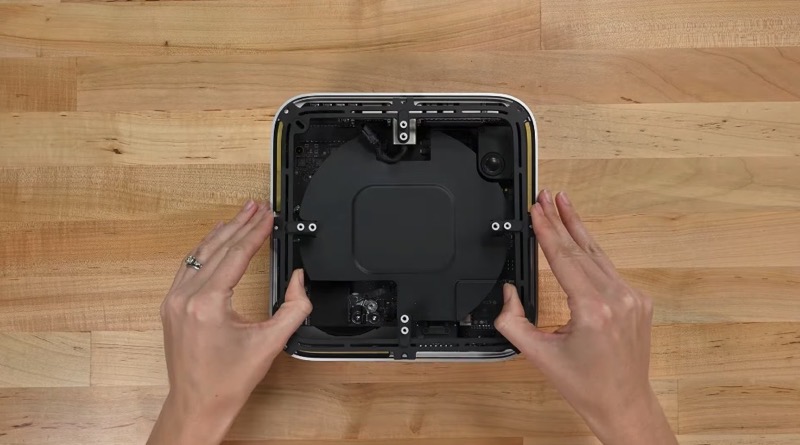 iFixit has shared its teardown of Apple’s Mac Studio computer on Wednesday:

If Apple squeezed a Mac Pro into a Mac Mini, you’d get something that looks a lot like the new Studio Mac, I mean Max Studio, I mean, M1 Max Mac Studio. No trash can, no cheese grater, just a single block of extruded aluminum with plenty of room for fans. And ports! They’ve even included ports on the front. This feels like the Macs we used to love, in all the best ways. We’re hoping to find even more user-friendly treasures on the inside, but there’s only one way to find out…Let’s tear it down!

One interesting discovery by iFixit is it’s possible to swap storage drives of the same size. They were able to swap in the exact same drive size from another Mac Studio, then use Configurator to do a DFU restore. So while swapping storage of the same size is possible, the verdict is not clear on upgrades.

iFixit said the Mac Studio is a beast of a computer with a large heat sink. They said it would be a chore to clean the dust that will be accumulating inside the computer from its cooling system. 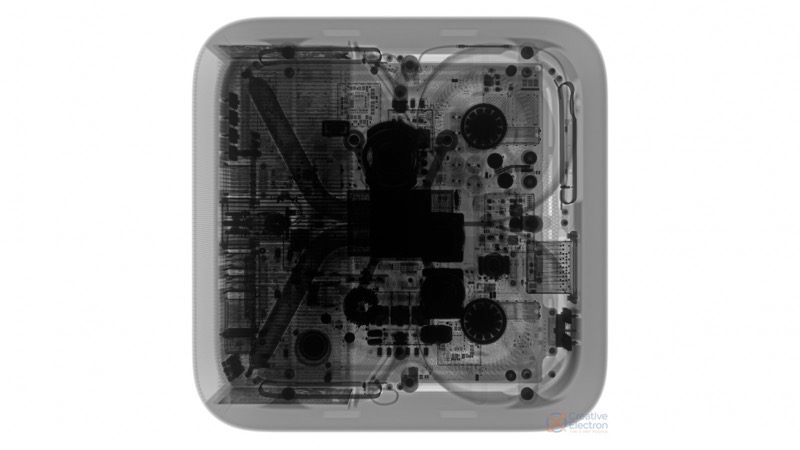 Overall, the Mac Studio gained a 6 out of 10 repairability score, leaving the iFixit team hopeful the next Mac Pro will also have similar characteristics. 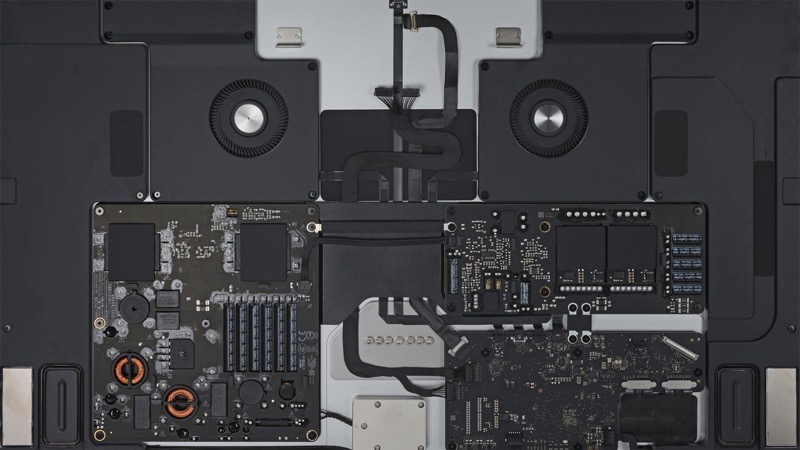