Join the OS X Beta Seed Program and help make OS X even better. Install the latest pre-release software, try it out, and submit your feedback. 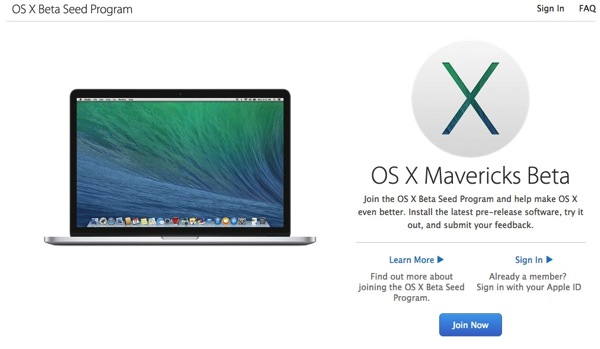 If you agree to join, you will have to agree to the Beta Seed and Confidentiality Agreement. You’ll then get Beta Access Utility for your Mac, which gives you pre-release versions of OS X in the Mac App Store, found in the Updates tab.

You can join the program here with your Apple ID. Let us know if you’re going to try this.