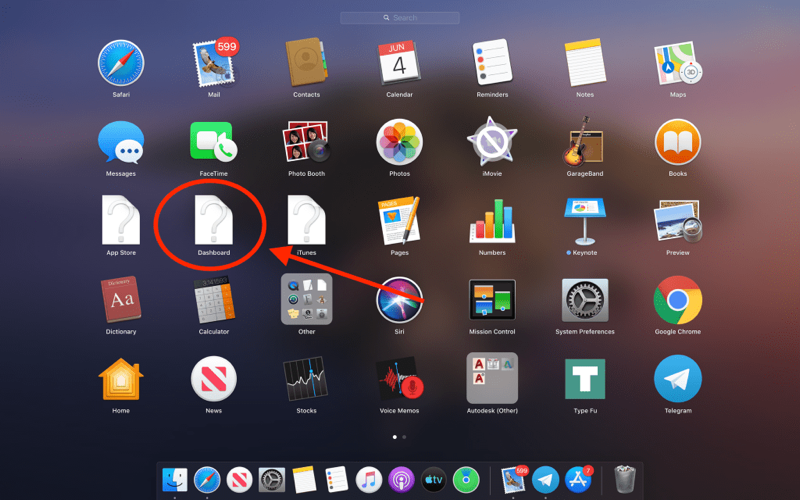 Apple’s legacy Mac app Dashboard, which acted as a separate desktop for hosting widgets, has been completely removed in macOS 10.15 Catalina.

As spotted by Applesophy, the site writes, “we used Terminal to attempt to force the dashboard to disable and enable. Usually, this should have brought back an inactive dashboard. However, this wasn’t the case. The dashboard is still missing, and did not return after this forced reboot.”

More evidence Dashboard has been axed is that it’s also missing from Applications view, just showing an app icon with a question mark.

Dashboard within macOS 10.14 Mojave was hidden within Mission Control, making the feature difficult to find and enable. Dashboard debuted back in July 2011 with OS X 10.4 Tiger, offering various widgets for Mac users to quickly access information, such as weather, stock tickers, notes and more.