Foxconn has apparently accelerated its schedule for ordering television LCD panels from its Japanese partner Sharp, fueling speculations that these panels might be for Apple’s much rumored television set which could debut this holiday shopping season, reports MacRumors. Topeka Capital Markets analyst Brian White further points out that Apple may use Kinect-like motion sensing technology for interacting with the upcoming TV set as well as introduce an iPad-like touchscreen remote. The analyst also maintains his 12-month price target for AAPL stock to be at $1,111. 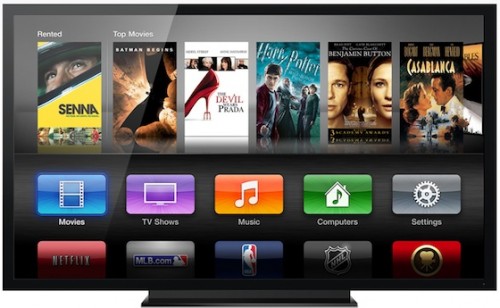 This morning, the Chinese character version of 21cbh.com indicated in an article that Hon Hai Precision expects to start receiving LCD TV panel orders from Sharp in 3Q12 instead of 4Q12 as was originally planned. Recall, Hon Hai invested in Sharp earlier this year to secure LCD panels that we believe will largely support a new Apple TV. Based on a recent interview by 21cbh.com with a Sharp executive and information from sources at the company, the online news source believes the order is for the new Apple TV and could be available for the holiday season. In our view, a holiday launch would make for a very merry holiday season for Apple and consumers. However, we will continue to monitor the data points surrounding the timing of this launch as they could change.

Apple is expected to generate $10 billion in revenue from its rumored TV set and will grab at least 2% of the global LCD television market in the first year of its launch.