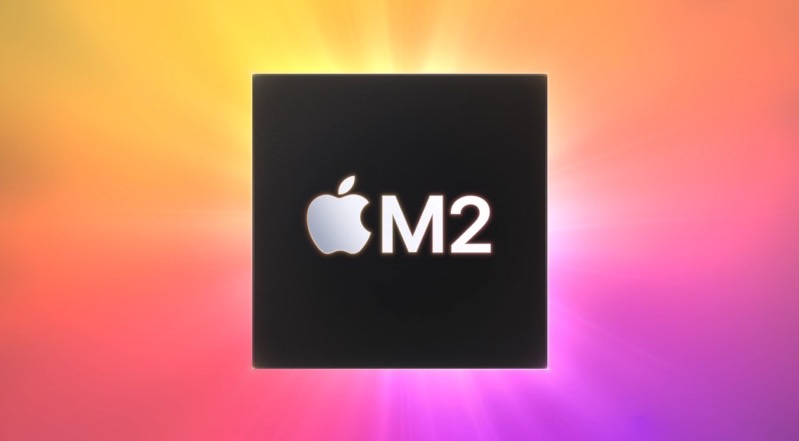 Apple has unveiled its M2 chip for the Mac, the second-generation of Apple Silicon.

M2 is based on 5nm technology and has 20 billion transistors and has 50% more memory bandwidth than M1. 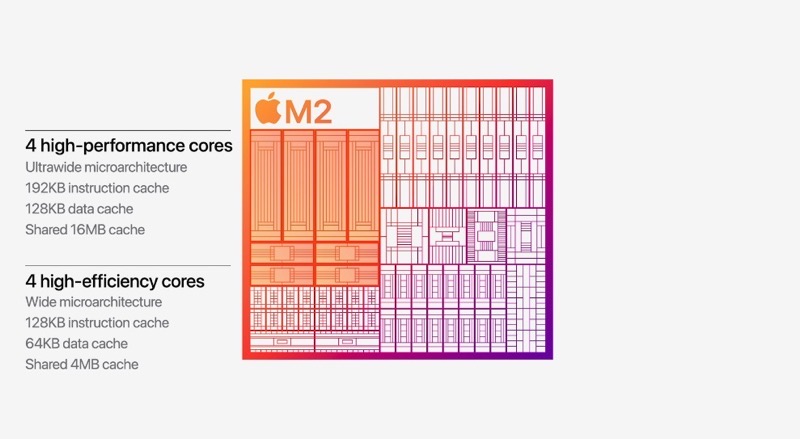 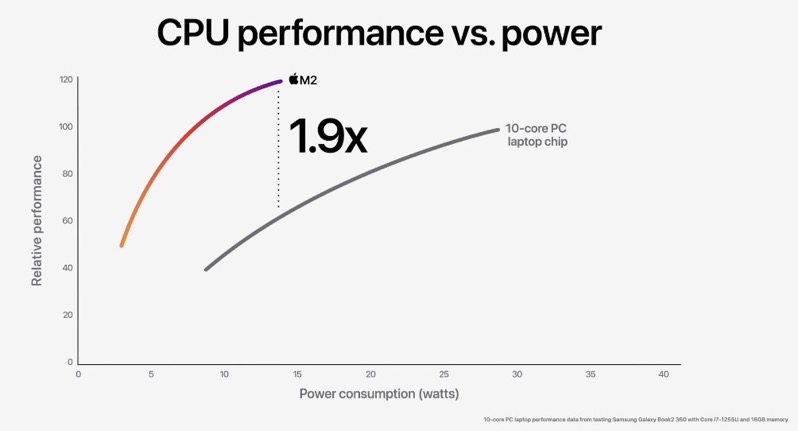 M2 features the next-generation Secure Enclave and neural engine and media engine. Check out the new M2 features below: 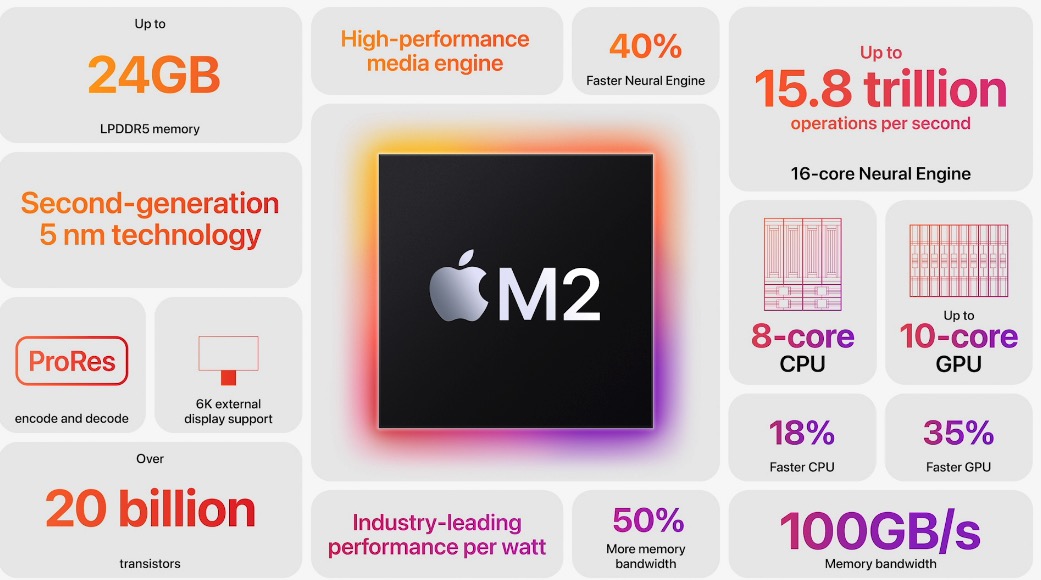