Apple’s iMac Pro Was ‘Currently Unavailable’ in Canada, But It’s Back in Stock 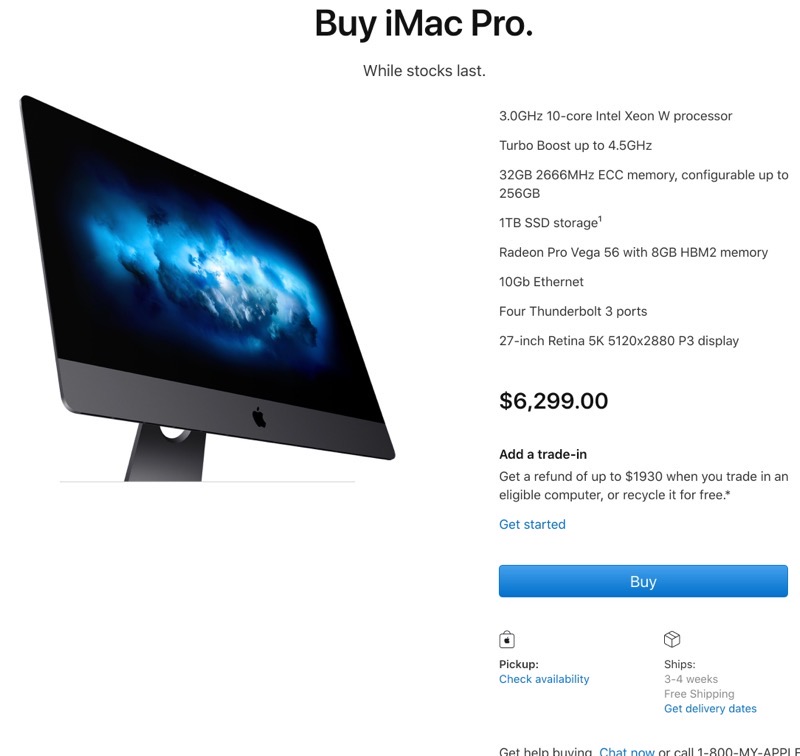 Last week, Apple reduced its iMac Pro desktop down to only one version on its website for purchase, suggesting a new version is set to launch soon, as the computer is over three years old.

According to MacRumors, Apple Canada’s website this afternoon, along with the American site, showed the iMac Pro was “currently unavailable”, suggesting Apple had already cancelled the computer. But news of the iMac Pro’s death has been greatly exaggerated.

Shortly afterwards stock returned and currently on Apple.ca the iMac Pro is showing it ships in 3-4 weeks.

While it’s clear the iMac Pro is due for an update, as for timing, nobody really knows when we might see a refresh but with a rumoured March event coming and WWDC expected later this summer, there are many opportunities for Apple to unveil its next iMac Pro.

The iMac Pro on Apple.ca is currently available for $6,299 CAD. But given how powerful M1 chips are in the 13-inch MacBook Air/Pro and Mac mini, holding off on a purchase would be a good idea, as we await to next versions of Apple Silicon.