Apple’s iMac Pro Now Only Available in One Version, ‘While Stocks Last’ 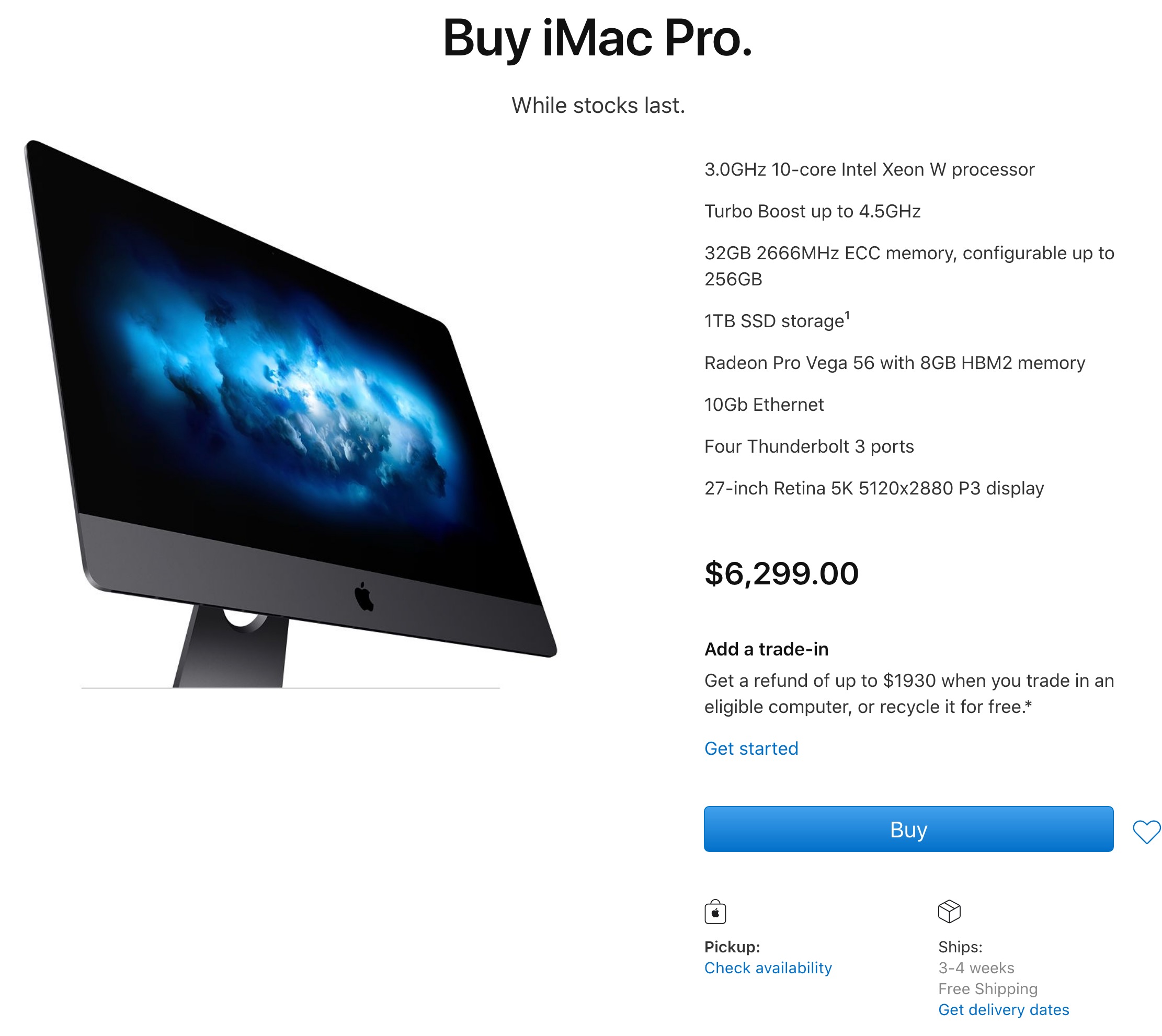 According to MacRumors, Apple has removed the ability to custom configure an iMac Pro with the add-ons of your choice on the premium all-in-one workstation’s store page, only leaving the option to purchase the baseline version.

The change also applies to Apple.ca, showing an iMac Pro for $6,299 CAD, with the following specs, shipping in 3-4 weeks:

The Cupertino, California-based tech giant has also appended the phrase “While stocks last” to the listing. Combined with the removal of custom configurations, this suggests that Apple is in the process of discontinuing the iMac Pro by selling off its existing stock as is.

The iMac Pro that’s currently available for sale was originally released in December 2017. The high-end Mac is over 3 years old, and has not received any significant hardware updates since launch. All things considered, Apple’s iMac Pro offering is certainly due for an update.

The 2017 iMac Pro is dwarfed in both performance and productivity by even its non-Pro sibling of today, so whispers of Apple having a new iMac Pro in the works have regularly made their way through the rumour mill.

Trying to sell off its existing stock of 2017 iMac Pro units, while it does hint at a successor in the making, suggests that Apple’s next iMac Pro isn’t ready for market just yet. When it does, expect it to contain Apple Silicon, instead of Intel chips.