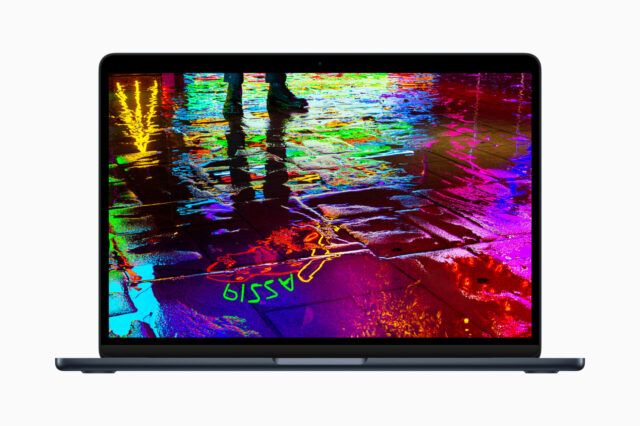 Apple’s new M2 MacBook Air is officially out today. Revealed at WWDC 2022, the newly designed iteration of the MacBook Air has been awaited by eager users. Now, preorders are expected to be delivered to customers around the globe today.

Following the reveal at WWDC 2022, Apple announced that preorders for the M2 MacBook Air launches on Friday, July 15th. However, preorders opened up a week prior to Friday, July 8th. After a week’s worth of waiting, many preorders are already being fulfilled around the world.

Apple’s new MacBook Air has been largely anticipated due to its improved design. The 13-inch M2 MacBook Air takes on a form that is more similar to the 14 and 16-inch MacBook Pro.

However, as per usual, it is a much thinner device in Apple’s catalogue. It offers flatter sides and the screen now features an edge-to-edge design. Plus, the top of the screen offers a notch for the webcam. The M2 MacBook Air also includes a MagSafe port.

Of course, a big draw is the inclusion of the M2 chip. Apple claims that the new chipset can offer up to 20 percent performance over the entry-level M1 chip. The base M2 MacBook Air offers 8GB of RAM and 256GB of storage. However, upgraded units support up to 24GB of unified RAM, and up to 2TB of storage.

The M2 MacBook Air starts at $1,499 and is available to order now on Apple’s website. We’ve also compiled a review roundup in case you’re interested in more perspectives on the new device.