In preparation for new Haswell-based models expected by fall, Apple’s major retail partners have started offering discounts on custom-configured iMacs, as the Cupertino company seems to have slowed the flow of units coming into the channel, according to AppleInsider.

The discounts, which are likely the start of Apple’s multi-week effort to run its iMac channel fairly bare, are currently being offered by B&H, Best Buy, Amazon and MacMall. The source notes that B&H has slashed the price of 15 custom iMac configurations by as much as $150. Similarly, Best Buy, Amazon and MacMall are all offering the four standard iMac retail configurations at discounts between $100 and $150. 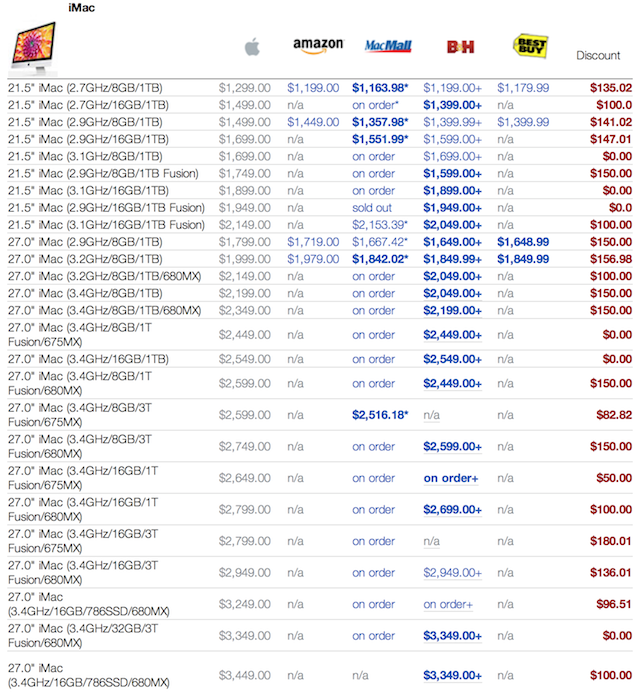 The report also claims that Haswell-powered iMacs could be available for launch by late August, with possibility that Apple will elect to wait several weeks longer in order to avoid a repeat of last year’s misfire, when the company pushed the existing iMac lineup to market too soon, leaving customers waiting for months when demand could not be met.

Will you get an iMac now at discounted prices or rather wait for the upcoming Haswell models?