A few days back, cabling expert Peter from Double Helix Cables discovered that Apple’s new Lightning connector sports 8 pins on each side of the plug which are dynamically assigned taking advantage of iPhone 5’s unique chip. Further digging by the same guy has now revealed that Apple has added a secret authenticator chip in the official lightning cable and adapters in order to prevent third-party knock-offs from working (via Gizmodo). 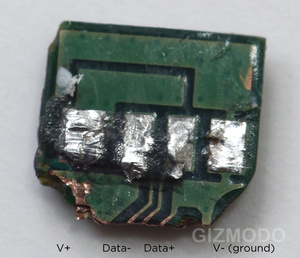 Apple has placed a chip between the cord’s USB contact and the power pin on the Lightning plug, which seems to be the key to keeping Lighting cables and adapters proprietary and its the first time that such a sophisticated chip has been seen in something as basic as a charging cable, according to Peter. He believes that the chip doesn’t block the data lines, but you need both data and power to connect by USB.

This could mean that it’s less nefarious than a authentication system, that it’s just for power regulation – but it looks like a serious microcontroller of some sort, it doesn’t look like a garden variety voltage regulator that I’ve ever seen. It has a mirror-finish shiny metal exterior with lasered numbers on it, it does not look like a generic black IC. If it really costs $3.50 for a lightning plug, then it could be something quite high tech.

“There is basically no way [third-party adapters] are functional cables. You can’t just build a Lightning cable by making something with the same shape and connectivity.”

This means that all those third-party connectors out there will sure fit the ports on iPhone 5 and new iPod touch but they probably aren’t going to actually work. If you’ve had the chance to get one off Amazon or eBay, do share your experience with us in the comments section below. 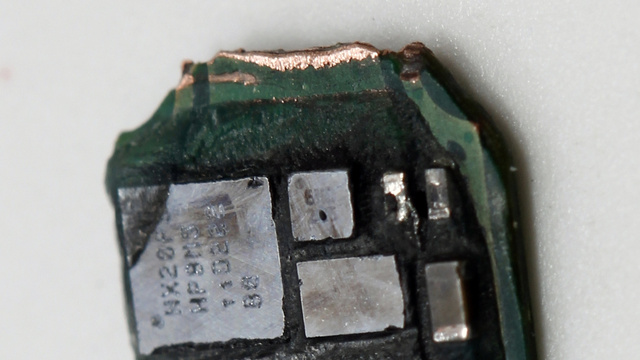