Want to get a free copy of Sid Meier’s Civilization V: Campaign Edition for Mac absolutely free? This game is currently priced at $29.99 USD/$34.99 CAD in the Mac App Store but you can nab it for free, as part of a sponsored giveaway by our friends at MacRumors. 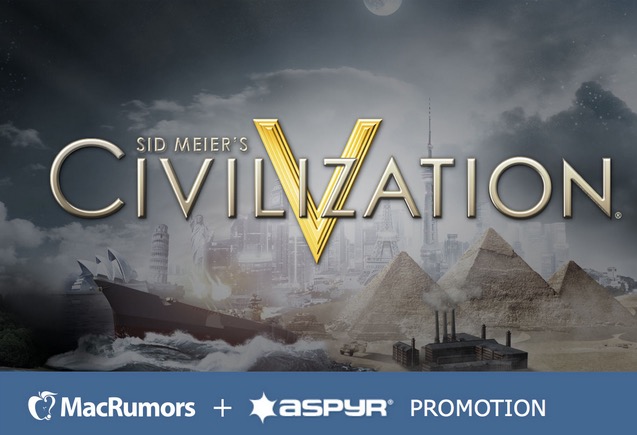 Here are requirements for the game:

• NOTICE: This game is not supported on volumes formatted as MacOS extended (Case Sensitive)

Just click here to get your personal promo code, then redeem it in the Mac App Store (click ‘Redeem’ under ‘Quick Links’, then paste the code).

Here’s a code for someone to use right away: 47XNRWM9T46A

The promo goes until July 31, 2015 or until all codes have been claimed. Enjoy!