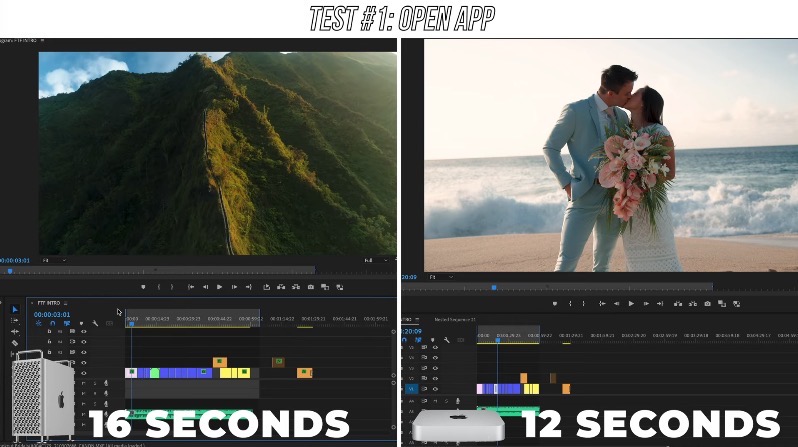 Parker Walbeck has shared a new video today comparing his $14,000 USD Mac Pro (about $17,200 CAD) versus an M1 Mac mini when it comes to professional video editing.

Below is Walbeck’s Mac Pro setup:

As for the M1 Mac mini with Apple Silicon:

Walbeck detailed how he was able to take his M1 Mac mini with him on vacation to do video editing and leave the Mac Pro at home. He noted it was a reasonable machine for video editing and offered very good value.

“For the money, this is one of the best bang for buck computers you can buy right now for video editing,” explained Walbeck.

The video compares scrubbing, click response, playback, render speeds, warp stabilizing and 4K video exporting. When it came to app and project opening speeds in Adobe Premiere Pro, it was the one time the M1 Mac mini beat the Mac Pro.

But in everything else, the Mac Pro was by far faster and smoother compared to the M1 Mac mini, considering it’s a high-end machine that busts open your wallet and bank account.