CURVED/labs has come up with a concept that imagines what the original Macintosh would look like if it was designed like an iPad Air but ran on hardware based on the 11-inch MacBook Air and had an 11-inch touchscreen:

30 years ago Steve Jobs wanted to make computers more user-friendly, so he gave the original Macintosh a face. In the new Macintosh much of the original elements are resumed. However, at the spot located under the screen, where the drive for 3.5-inch disk sat, you will now find a slot for SD cards, the FaceTime camera, speakers and a microphone.

The Mac supports all popular WiFi standards and Bluetooth. You find already the new USB 3.0 port and a Lightning port. A built-in battery allows you to set up the Mac at different work locations on the fly. Like the current iPhones and iPads the Mac would be available in silver, gray and gold – including color-matched keyboards and mice.

What we would get is this radical concept below (which looks to have been designed by Martin Hajek), with a cool glowing Apple logo on the back: 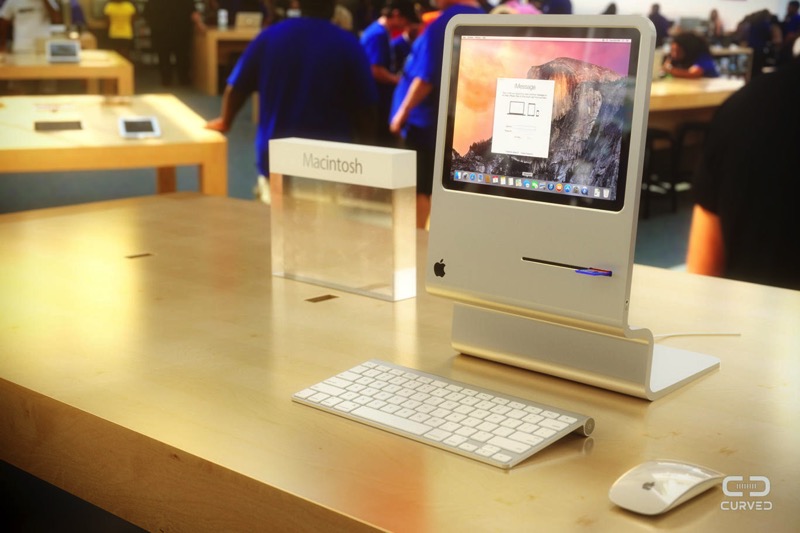 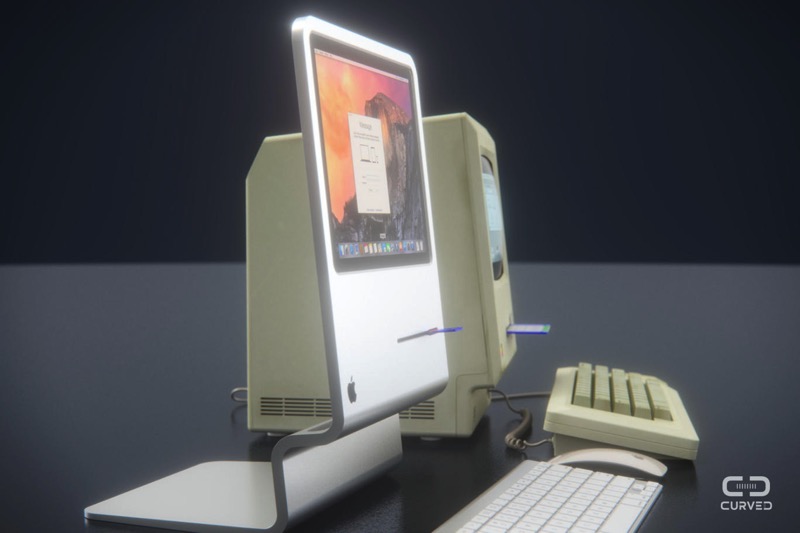 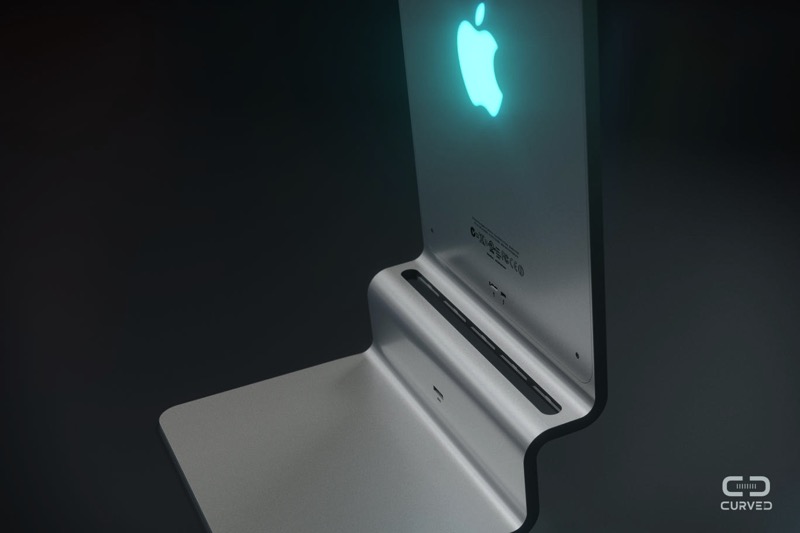 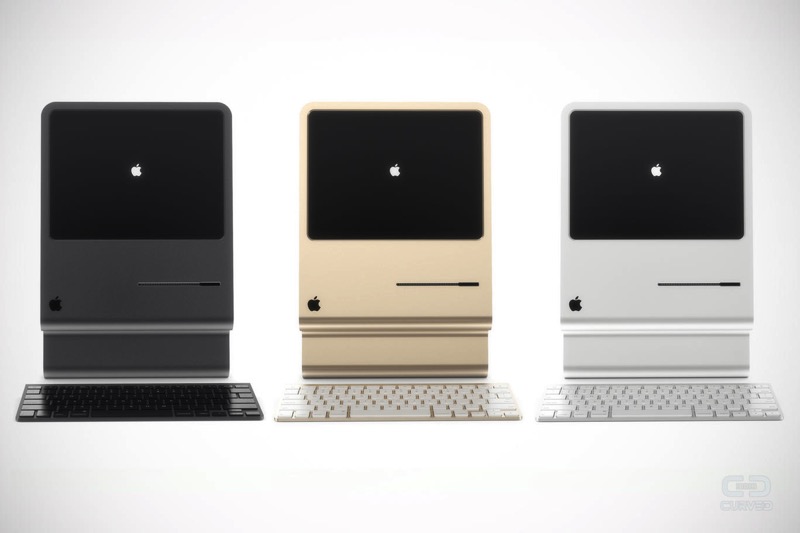 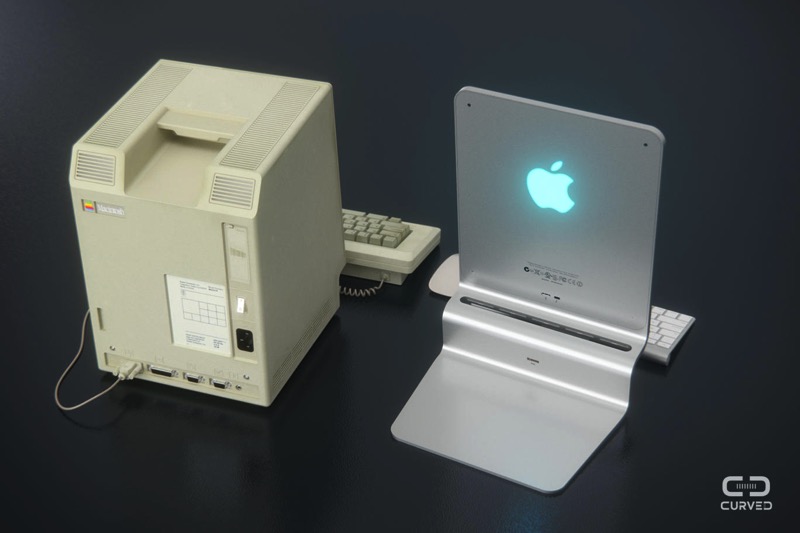 What do you think of this hybrid Mac concept?