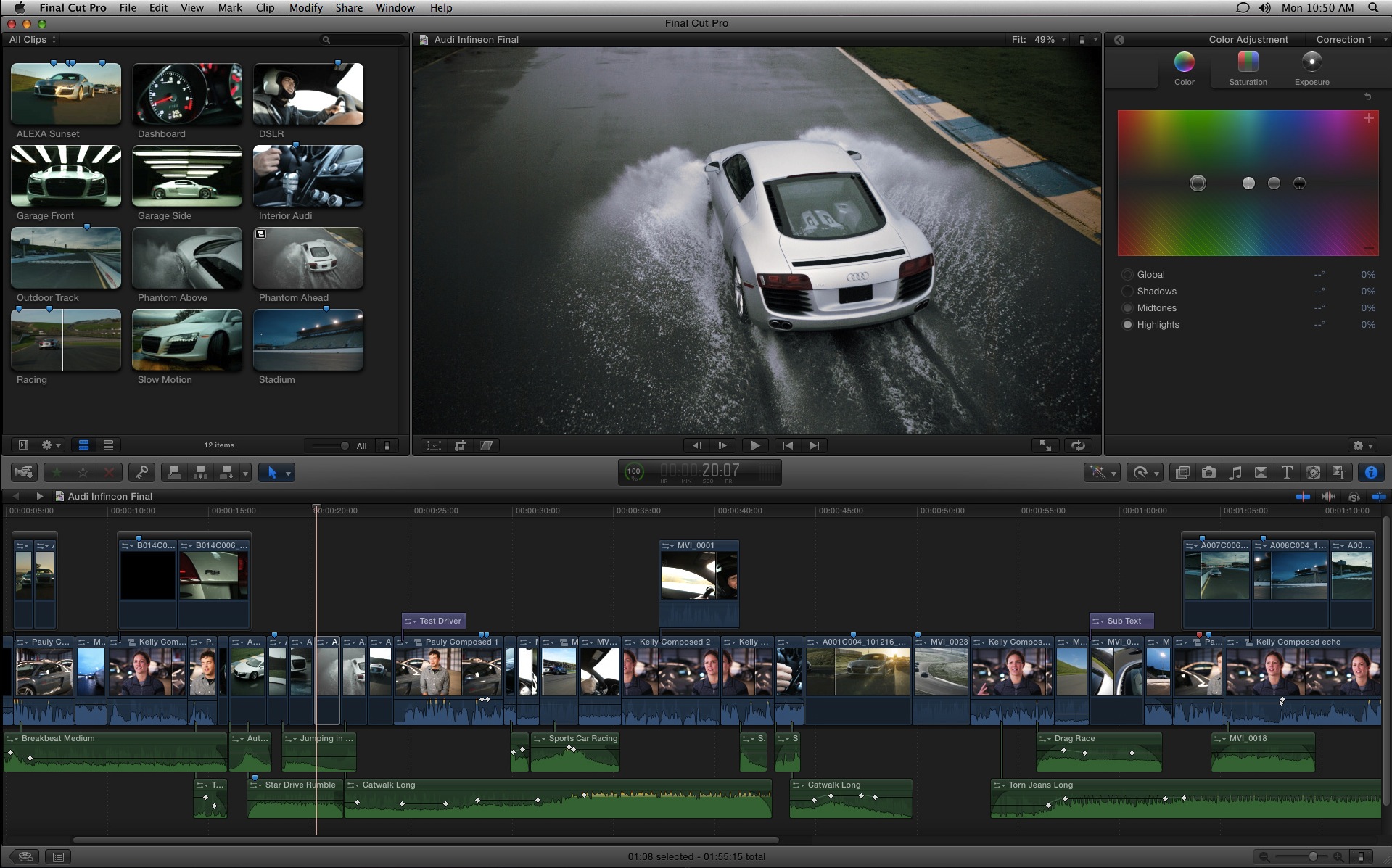 The National Association of Broadcasters’ conference, or the NAB, is an annual gathering of thousands of audiovisual content experts from around the world, reads a new report from 9to5Mac. Apple, the creator of one of the most powerful video editing tools on the market in Final Cut Pro X, is an annual participant.

During Apple’s conference held this morning, the Cupertino-based company announced their latest achievement. Final Cut Pro X was first released some five and a half years ago, and at the time, the company did not expect the software to gain such traction in the following years. According to Apple, the second million was much easier to achieve, so they expect the software to grow exponentially.

This milestone is quite significant as the software was met with an initially hostile reception from users. Apple completely rewrote Final Cut Pro when it launched version 10, building the software completely from scratch.

Jan Ozer of OnlineVideo said that “Apple was trying to change the workflows of professionals who knew more about video production than any of the engineers who created the product.” Hollywood film editor Walter Murch said simply, “I can’t use this.”

“Revisions by Apple, third-party plugins and the simple time it takes to adjust to a new UI eventually saw the app gain widespread acceptance, and it now sits alongside Adobe Premiere as one of the two leading professional non-linear video editing apps,” reads the report.

Final Cut Pro X is a $299 purchase from the Mac App Store. A 30-day free trial is also available.

Check out a video of the announcement below.