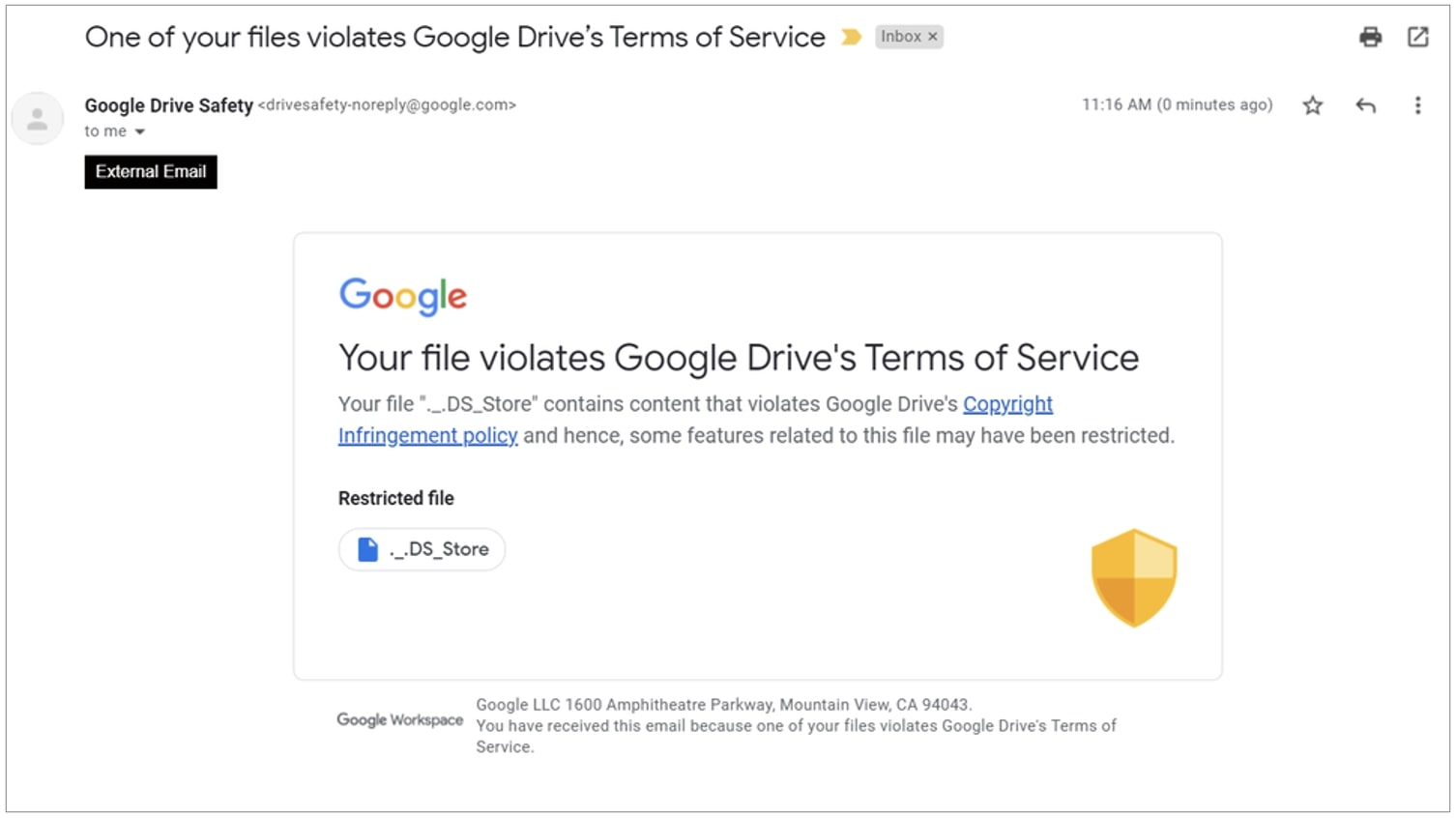 Google Drive has been flagging some users for violating its Copyright Infringement policy when they copy a ‘.DS_Store’ file to their Drive — reports BleepingComputer.

‘.DS_Store’ files are metadata files that are only a few bytes in size and are usually created when Mac users copy an archived file or folder (.ZIP or .RAR, for example) from macOS to another Operating System, such as Windows.

The Finder application on macOS automatically generates ‘.DS_Store’ files to store custom attributes and metadata such as icon information and background image location so that it can be later used to render the layout as per the user’s preferences.

‘.DS_Store’ files are not subject to copyright, and so should not be flagged by Google Drive as illicit.

This is far from the first time Drive has incorrectly identified a file as copyrighted — last month, users were notified of nearly empty text files with nothing other than plain numbers (like 0, 1, 173, and others) being flagged for copyright infringement and restricted from being shared with others via the cloud storage service.

“Google relies on checksums to keep track of copyrighted content, and a possible hash-collision between copyrighted files and benign files sharing the same hash can trigger false violations,” BleepingComputer says is one possible explanation for Drive identifying ‘.DS_Store’ files as false positives for copyright infringement

A Google spokesperson told the publication that in January, the company discovered and addressed the false identification issue that “impacted a small number of Drive files.”

The same month, per the spokesperson, the company had corrected “all known cases where files were incorrectly flagged for violating Google’s Copyright Infringement policy” and took steps to prevent this behaviour from recurring.

“This is still correct for all new files, but we’re still updating some edge cases,” said the Google spokesperson. The problem Mac users (and others) are seeing with ‘.DS_Store’ files might just be one of these “edge cases.”

“Google Drive is constantly working to protect the security and safety of our users, and we take copyright protection very seriously.”