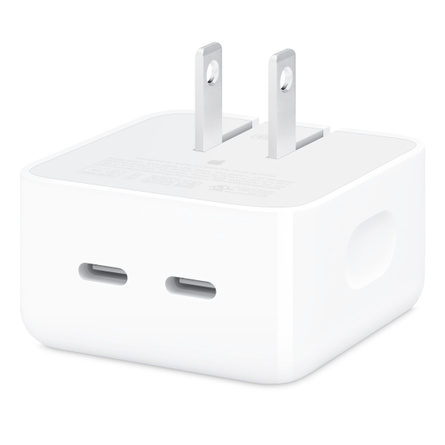 At Apple’s WWDC keynote yesterday, the company announced a new M2 MacBook Air and 13-inch MacBook Pro. Also available with these new M2 Macs is a a new 35W Dual USB-C Port Compact Power Adapter with folding prongs. This accessory will cost $79 in Canada and will debut next month with the new M2 Macs.

“The compact size and folding pins make it easy to pack and store. Apple recommends using it with MacBook Air. You can also use it with iPhone, iPad, Apple Watch and AirPods,” says the company.

At WWDC yesterday in the hands-on area inside the Steve Jobs Theater at Apple Park, technology YouTuber iJustine shared a quick video of the new compact dual USB-C power adapter.

The smaller design with USB-C ports at the bottom looks to ensure the adapter won’t fall from power outlets, as we’ve seen with regular-sized Mac charging bricks.

Apple will also be launching a 35W Dual USB-C Port Power Adapter as well, priced at $79 CAD and has the traditional design. 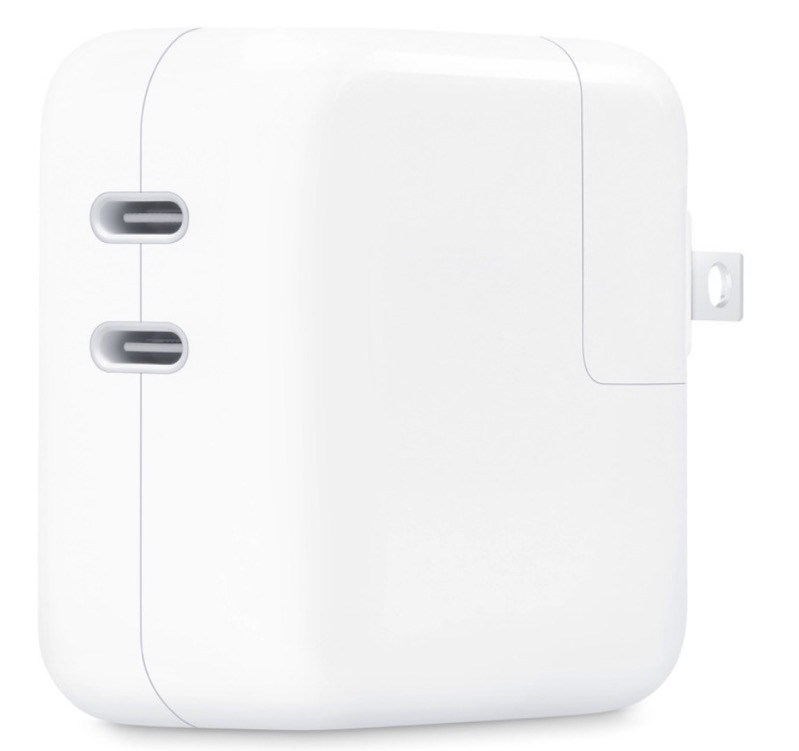 “The 35W Dual USB‑C Port Power Adapter allows you to charge two devices at the same time, whether you’re at home, in the office or on the go. Apple recommends using it with MacBook Air. You can also use it with iPhone, iPad, Apple Watch and AirPods,” says Apple.